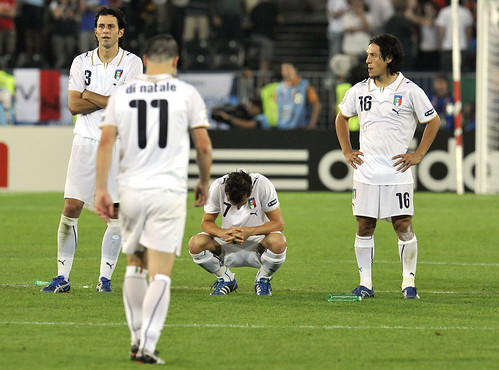 Antonio Di Natale can’t really hide his dream in once again wearing the Italian national team jersey and participating for the upcoming Euro 2012, and to achieve that dream, the striker recently stated his availability to the Azzurri’s coach, Cesare Prandelli.

Despite of his age, which already reached the 34 mark, Di Natale believes that he can still provide his best for Italy especially in the upcoming tournament, which could very well be the Udinese man’s last major competition in international level.

Di Natale argued that his goal scoring record in the past two seasons, should be more than enough to get him under consideration for participating in the upcoming Euro. However, until now, Prandelli is still holding on his own thought in temporarily neglecting the Udinese main man, although the ex Fiorentina coach did revealed he will consider Di Natale if the 34-years-old bomber can still prove his worth ahead of the 2012 Euro.

“I don’t think that you need to be a certain age to be part of the squad. I think scoring more than 60 goals in two seasons are enough to put yourself in the spotlight for selection. It’s just up to the Coach to decide whether to pick me or not. In the meantime I am at his disposal. For the moment I am just concentrating on Udinese, but I would be very happy to represent Italy again,” Di Natale stated.

With the injuries to Antonio Cassano and Giuseppe Rossi, who have been Italy’s main attacking partnership under Prandelli, Di Natale should probably be given a chance in some friendlies. However, apparently the Azzurri national team’s coach, have his own preference in the players his taking players as the tactician called up the likes of Pablo Osvaldo and along with Alessandro Matri instead.