Del Piero Confirmed to Quit Juventus By The End of Season 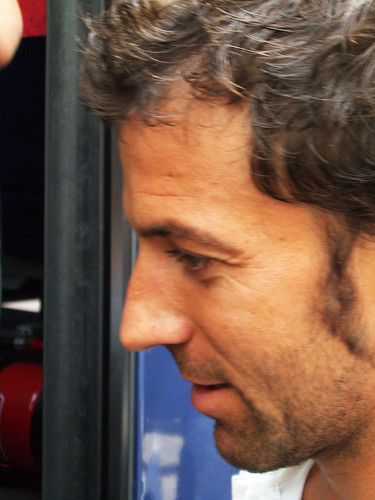 A surprising news arrives from Juventus camp as their president, Andrea Agnelli, announced that the club’s talismanic captain, Alessandro Del Piero will be retiring after this current season ends.

The President stated that information during stakeholders meeting, asking for an appreciation from all for Del Piero endless contribution to the club while revealing that next season the veteran isn’t going to be part of the Bianconeri squad.

Our captain Alessandro Del Piero really wanted to stay with us for what will be his final year in Bianconero,
Let’s dedicate a massive round of applause to him,” said Agnelli

Although the announcement might be something that many predicted would eventually happens, but it still a major surprise since it was being revealed in such an early moment as the season has just starting. The next question that will rises would be about Del Piero’s future after Juventus as with his previous statement about not going to play in any other Italian team, there’s two options available, which is retiring from football or playing in foreign league.

The Turin legend, joined Juve from Padova back in 1993 and started his career with the Zebra’s youth team squad before finally being promoted and eventually replacing another legend, Roberto Baggio at the club. During his stay with the “Old Lady”, Del Piero has pretty much won everything with the club and even showed his loyalty by staying with the Bianconeri when they were relegated in Serie B back in 2006 due to Calciopoli scandal.

Having been the idol of Juventus fans throughout this years, obviously the day when Del Piero left the club and Italian football, many people will be saddened as the iconic number 10 has always been well respected by many football enthusiast all around the world. Considering his age and also the fact that the skipper’s playing time keeps on decreasing, leaving the Turin giant has always been something that many predicted will eventually arrive although probably not this early.