De Rossi Opens Door for a Move to Other Italian Teams, Milan in Pole 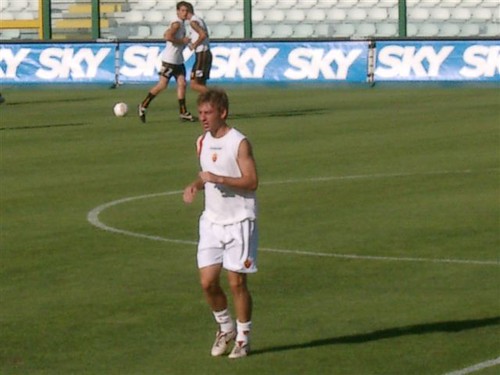 Daniele De Rossi made a pretty interesting statement recently which reportedly alerted Ac Milan even more in their attempt to prize up the As Roma midfielder as his contract will expire next season if no new deal can be concluded.

After previously being highly linked with mainly foreign clubs, De Rossi finally revealed that he could still stay in in Italy and play for another team aside from the Giallorossi, should he can’t reach an agreement with his current club or interested teams outside of Italy.

“Things are at a standstill. There’s no hectic rush to get things sorted, but it is a little frustrating to be getting to January like this,” De Rossi recently stated, “If I was to leave Roma then my first choice would be to go and play football abroad. But if such a move couldn’t be agreed then I’d have to look to Italy. I couldn’t just quit football.”

That statement can be seen as an ‘improvement’ over De Rossi’s earlier statement which stated that he can’t see himself playing in another Italian teams aside from Roma. That confession is also what reportedly makes Milan taking their guard completely on, although the Rossoneri’s interest on the Giallorossi’s vice captain isn’t actually a secret as many football expert already acknowledged the Scudetto winner’s intention in acquiring the Italian international.

The unconvincing performance from Mark Van Bommel and Massimo Ambrosini this season, pretty much gave many concern from the Rossoneri’s management over the anchor position, especially for next season. De Rossi’s characteristic obviously fit with what Massimiliano Allegri is looking for as the Italian international has been acknowledged as one of the best defensive minded box to box midfielder in world football.

Moreover, De Rossi’s expiring contract suits Milan’s preference in trying to acquire quality players this days as there are also reports that the Rossoneri are also close in signing Riccardo Montolivo, whose contract also set to end next summer. Should the negotiation between Roma and De Rossi can’t reach any conclusion until around January to June next season, there’s a big possibility that Milan will make a move between that time line in getting the midfield player’s personal agreement.