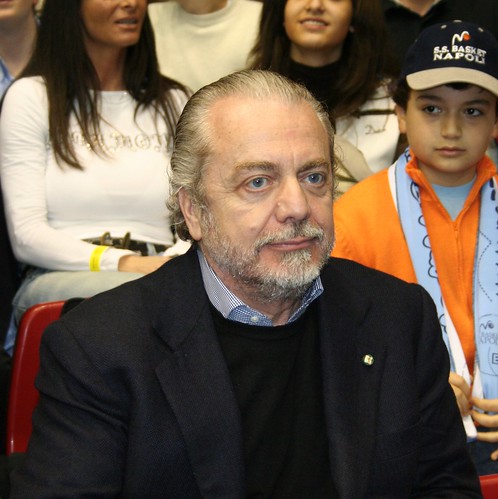 Napoli’s ambition in taking competing well in the Serie A and Champions League in the upcoming season can’t be taken lightly as after adding several quality additions in the market such as Gokhan Inler, Mario Santana and Blerim Dzemaili, the Southern Italian outfit are aiming for something big.

Revealed by their president, Aurelio De Laurentis, the Partenopei are currently considering in making a bid for wanted Villarreal striker, Giuseppe Rossi, who previously was strongly linked with a move to Juventus.

De Laurentis stated that he already had some talks with Rossi in the past month and got a welcome signal from the Italian international, although no conversation have been done recently, the President is preparing a bid for the player. Having the Villarreal striker would certainly strengthen Napoli’s attacking line up, also provides competition for the likes of Marek Hamsik, Ezequiel Lavezzi, and Edinson Cavani, which is important in pushing all the players to give their best in every games.

I did call Rossi and Villarreal a while back. That was a month ago and he hasn’t called me back, but I will call him now. I also proposed a transfer in January. Rossi is a nice boy and said he was honoured by this interest.
“I am ready to go back on the charge for this player,” De Laurentis said.

De Laurentis’ plan surely something promising for Napoli fans, although there will be some doubts on whether the Partenopei could possibly made an offer that Villarreal would be considering since the likes of Juventus, Barcelona and Tottenham Hotspurs, haven’t seem to manage. The Yellow Submarines are apparently giving a high price tag for Rossi, as the player has been performing really well for the La Liga outfit during his stays there, scoring around 51 goals from 171 appearances.

Although the price for Rossi might be steep, there’s always a chance for Napoli in acquiring the striker especially considering the player’s constant dream in returning to Serie A, not to mention that the Partenopei are also involved in the Champions League, which is a plus that Juventus didn’t have. Being an emerging big team in Italian League with the opportunity to play in the most competitive European competition next summer surely something interesting enough for a huge talent such as Rossi.