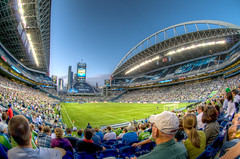 Dallas and D.C. are the only two teams left in the MLS without a win and now we’re left to wonder if we should just let the vultures start picking at them this early in the season.

Dallas.  Dallas.  Dallas.  Last season I praised you for an attacking style that erupted into a 6 goal effort one weekend.  You pushed hard but couldn’t make it stick.  I even said “You should keep attacking because it’s working”.  What have done since then?  You’ve gone and hid in your shell.

I remember when D.C. was the class of the MLS and won the inaugural MLS Cup.  Nowadays things aren’t so hot and I just don’t see how they’re going to get any better.

By the way, this is not aided by the fact that some of the players have absolutely no idea what to do.  The Captain of D.C. United Jaime Moreno said:

“I don’t have an answer.  I’ve never felt this way, I’ve never been in this situation. I don’t think anybody has. It’s very hard to describe.”

You’re the Captain.  THE CAPTAIN.  It’s your JOB to have answer.  You’re the second coach on the field.  You’re the go-to guy.  You’re the dude everyone’s looking to and in a blaze of glory to motivate your team the only thing you can say is, “I don’t have an answer”.

This is completely unacceptable.  I can’t think of any reason at all to believe that D.C. will get better when they’re Captain doesn’t even know what to do.  The problem here is leadership and it is not being provided on the field.

Moreover, if you look back at Dallas and realize that they might be “ready” to start attacking but never really do–then the attack is worthless.

Dallas needs to go back and watch their 6-goal effort from last season and duplicate whatever is there.  Jaime Moreno needs to figure something or offer the “C” to someone else.

I don’t even think looking for victories is the right wording–at this point it should be praying.