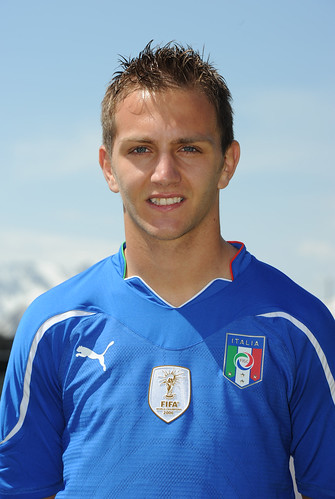 In a very twisted transfer saga, Italian international defender, Domenico Criscito,  is finally leaving Genoa for Zenit St Petersburg’s  instead of accepting Napoli’s offer, despite the latter being the player’s home town team.

According to the Russian club’s official site, Criscito has accepted the  club’s proposal and  sign a five year deal worth around 2,8 million Euro per-season, which is definitely a pretty good offer for the 24-years-old defender.

The player who was also being linked with Inter Milan and PSG,  has already shaken off his worries of leaving Italy after having some personal words with Zenit’s Italian coach, Luciano Spalletti. Reports suggested that Spalletti, who was an ex-As Roma coach, managed to finally convinced Criscito in joining the Russian outfit, neglecting the approach from local clubs.

Having already been confirmed to arrive on July 8, it would be very interesting to see on whether Criscito can really adapt well with the situation in Russia as there were several rumors that several Italian players, who already played in the country such as Alessandro Rosina and Salvatore Bochetti, are not that comfortable there. However, Criscito might actually had a different experience, because he would be mentored by Spalletti, who is also Italian and can definitely communicate better with the ex-Juventus player.

Criscito himself was very close in moving to Italian giant Ac Milan last January, but Genoa’s president persistence in keeping the defender by asking a very high price have pretty much canceled the deal. This summer, the Rossoneri seems to already lose their interest on the left back, since Massimiliano Allegri’s side have already signed Taye Taiwo from Marseille, who plays in a similar position as the Italian international.