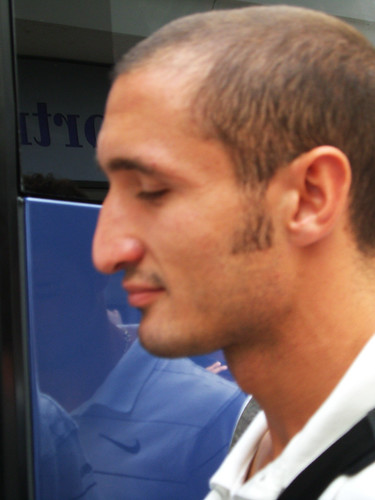 Juventus have been doing well in the start of Serie A as they are only fourth in the table but with a game in hand, more than that their success in beating two Milan teams gave plenty confidence about their chance in the title challenge this season.

However, once again one of the Bianconeri star players, Giorgio Chiellini, doesn’t want to rush things as he only hope that Juve’s none participation in European football this season could really benefited them by the end of season.

Chiellini apparently still cautious over his team’s ability to keep their nice result, although the Turin giant are still unbeaten in the league so far. The defender probably still wants to see on how would they fain against tough schedule and possibly injuries, which has been troubling some of their fierce rivals such as Ac Milan and Inter Milan.

“It’s a shame that we are not taking part in the Champions League or the Europa League. However, not being a part of that means that we can just concentrate on the championship and save our energy during the week,” Chiellini said. “This could be an advantage for us as a club and also for us Juventini in the international side ahead of Euro 2012. However, we want to be back in the Cups next season!”

Moreover, the Italian international defender also sees that Milan remains favorite for the Scudetto alongside Napoli, adding Lazio and Udinese could also be rivals especially in getting into the Champions League spot. It would be interesting to see how long can Juve keep their consistency knowing that tougher schedule is arriving for them after the international break and their game in hand against Napoli at San Paolo isn’t actually a sure three point match for them.

“Juventus favourites for the Scudetto? It’s a bit too early to be saying things like that,” added the defender. “Milan are there, Napoli have been working on their project for some time, while Udinese and Lazio will fight for a Champions League place too.”