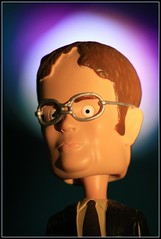 Inter and Bayern Munich will meet to decide the Champion’s League title on Saturday May 22nd and in that match there will no worries about aggregate scoring.  No worries about winning the 2nd leg and still losing the pair.  No worries about how this impacts a club season.  Just Bayern and Inter.  Nothing more–nothing less.

With Louis Van Gaal and Jose Mourinho running though the media to motivate their teams and the Ribery suspension we have got alot of issues to resolve.

First, how does Bayern play on without their leading man in Ribery?  It’s true that Robben is on fire right now, but can he be on fire in the one match that matters the most?  Can they really expect him to carry the load all by himself?  That would be a pretty hefty task for anybody–and in the Champs League Final?  WOW.  That’s alot of pressure.

Jose Mourinho keeps talking about the history of Inter and about how they haven’t seen Champs League glory in about 40 years.  I think this is a smart tact, but the players on this team weren’t alive back then and they probably can’t even tell you who was on the last Inter team to win the Champion’s League.  So, how does one resolve this?

I think the best thing for Inter to do is go at the side left open by Ribery’s suspension.  Keep pounding that side of the field until Bayern finally collapses defensively.  If Inter were to do that they would win the match going away–because a slew of goals would come all at once.

If they DON’T attack Bayern’s “open side” then they will struggle for goals all day as Bayern will leave their “open side” completely open knowing Inter doesn’t want to exploit it.

It’s that simple–Inter attacks where Ribery is not and it’s over.  They don’t–and Bayern takes the title.