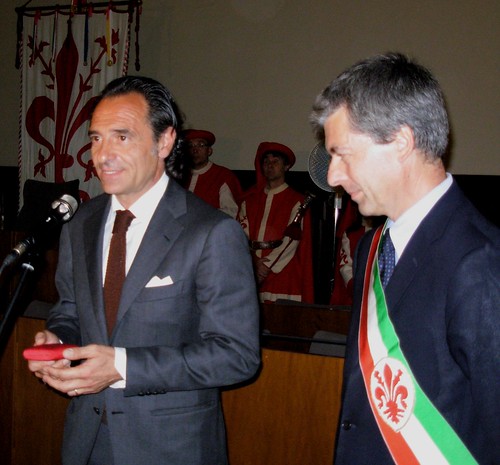 Italy’s national team coach, Cesare Prandelli made an interesting call up for the Azzurri’s upcoming international friendly against USA on Wednesday by summoning As Roma’s youngster Fabio Borini and leaving out Mario Balotelli.

Explaining his decision in picking up Borini, Prandelli revealed that he has actually been monitoring the youngster for quite sometime and has been left impressed with his recent improvement with Roma.

Prandelli stated that Borini’s determination along with consistency on the pitch is one of the main features that attracted the former Fiorentina coach over the youngster, who was also a former Chelsea youth player. The tactician is also bold enough to say that the under 21 international have a very bright future ahead of him, predicting an obviously growth from the striker who already scored around seven goals from 15 league games this season.

“I’ve been following him for some time. I was left very impressed by his determination and generosity on the field of play. His performances have been quite consistent too. I predict a great future for him,” Prandelli stated.

Borini joins the like of Alessandro Matri, Sebastian Giovinco and also Giampaolo Pazzini as the striker force who Prandelli called up for the midweek friendly against USA. Obviously a pretty slim striking options, which raises a little bit questions considering the tactician didn’t brought Balotelli along with Antonio Di Natale, who has also been pretty consistent again in scoring goals for Udinese this season.

Already losing his two preferred options up front, Antonio Cassano and Giuseppe Rossi, Prandelli seems eager to find other quality replacement that could at least provide the same intensity that those two attackers provide. Borini could actually be one of the candidates to wear the Azzurri jersey in the next Euro, especially if the young forward can remain consistent until the very end of season. Having already attracted the coach’s attention, all he needs to do is providing prove that he is worthy of a Euro shot.