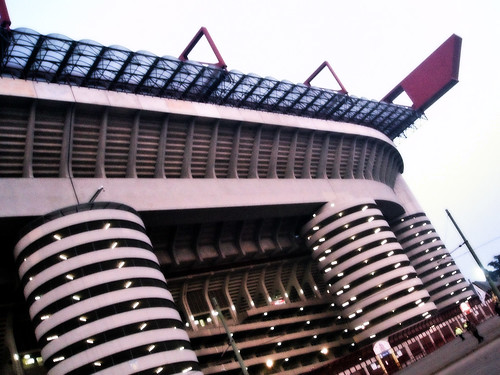 After being confirmed to be leaving his current club, Palermo’s striker, Edison Cavani reveals to the press about the club that he wants to play in the future, claiming that Inter Milan is the right place for him. Despite having other big offers, speaking in an interview with an Italian media, Cavani can’t hide his ultimate desire to wear the blue and black shirt next season and becoming and important player for the club

“I am a centre-forward who also knows how to adapt himself to the role of playing outside forward. Let’s put it this way: I would like to become Inter’s Wayne Rooney, a striker who knows how to perform many roles.”

As a bid to impress the club, the Uruguay international striker also give his praise for Inter’s new coach, Rafael Benitez, claiming that the Spaniard is the right man for the job as the former Liverpool manager has the background of winning many important trophies. Unfotunately, the Italian champions doesn’t seem interested as just yet with the 23-years-old striker, as the only serious offer asking for his service only arrives from German side, Wolfsburg.

Cavani himself is a very talented striker that probably hasn’t fully shown his full potential with Palermo as he’s not particularly a goal machine for the club, however just as his description the young striker does have the ability to play in may attacking positions which definitely a plus point for him. However, I think he still needs to prove himself before getting the attention of big clubs such as Inter who already have lots of great strikers at their disposal, getting into a team where he can’t really have lots of playing time won’t be good for his improvement.

Personally I’m surprised that Cavani wanted to go from Palermo as despite showing lots of talent there, as I previously he hasn’t actually established his quality compared to the club’s previous alumni such as Luca Toni and Carvalho Amauri. Although a young potential striker like him does need a big break, he should choose his option wise as taking the wrong route could jeopardize his future as we all know that many players experienced that.

Despite hasn’t really attracted Inter, the good thing for the Uruguay striker is that he is playing regularly for his country at the World Cup, if he somehow manage to show something interesting in the tournament maybe he can convince the Nerazzuri’s management in considering a move for him. However, I think Cavani should concentrate in giving his best in any club that might acquired him next season as when he can prove that he is more than just another young talent, he should be able to attract big clubs’ attention in the future.