Cassano To Have His Contract Terminated by Sampdoria? 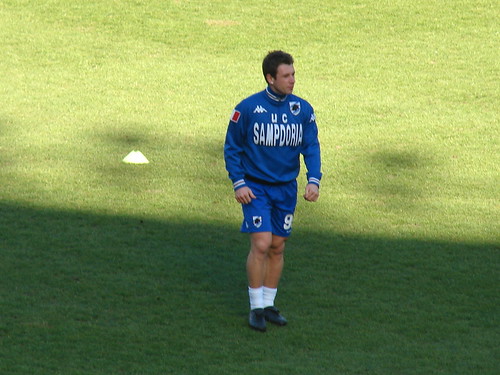 A shocking news arrived in Italy revealing that Antonio Cassano could surprisingly leave Sampdoria as soon as next January after the Italian international was reported having a fall out with the club’s president, Riccard Garrone.

The Blucerchiati have already released a statement on their official site stating that they are about to take an action for Cassano’s behavior and the speculation stated that it would be a contract termination.

“In reference to the incident on Tuesday 26 at the Gloriano Mugnaini training ground, during which the player Antonio Cassano showed a gravely offensive and disrespectful attitude to President Riccardo Garrone,” read Sampdoria’s official statement. “UC Sampdoria announce that they have opened a request for disciplinary action.”

Should the suggestion in Italy about the contract termination becomes a reality that would be a big blow for Sampdoria that have been relying a lot on Cassano’s creativity since last season. On contrary should the former Roma playmaker gets release from his contract it would also means that he could go to other clubs on a free transfer that would really put more woes on the Genoa based side as they could actually pull off lots of cash from the talented player.

The player’s agent, Giuseppe Bozzo, stated that the problem is very delicate and he himself doesn’t really know whether the damage can actually be fixed especially after reports stated that the club have already made a request to rescind Cassano’s contract. Bozzo only promised that whatever happened in the end, he will try to do what’s best for his client which will likely be looking for a new club as soon as possible considering the first half of the season is still a couple of months on the running.

Is this rapport beyond repair? In all honesty, it’s very tough, but I will work with him to make it happen. In any case, I will look after Antonio’s interests in every legal arena,” Bozzo said.

This case is a very surprising and confusing one as the cause of Sampdoria’s action is because their President felt disappointed with Cassano’s behavior who didn’t make an official apology after refusing to accompany the patron at an awards ceremony. Reports stated that the player has actually made a personal apology to the president a day after the event, but apparently that doesn’t please Garrone as the club still asked the Italian international to make a written apology because of his action.

One thing for sure, should Cassano is released from his contract there will be plenty of clubs that will be chasing his signature such as Ac Milan, Juventus, Inter Milan and Manchester City that have been showing lots of interest on the 28-years-old. However, the player won’t be able to play in any game before the January transfer window re-opened in the winter and not only that the news also reveals that Sampdoria will also asked so that the ex-Real Madrid player isn’t allowed to play any international duty.

This punishment is surely a severe action that is taken out of a simple problem, normally this kind of brawl only ends up in wages reduction or a simple fine. Surely should the drastic measure is really being done by Sampdoria, there will be lots of question being asked to the club especially from football pundits and the fans as it’s definitely an common decision to be made regarding a superstar player’s future.