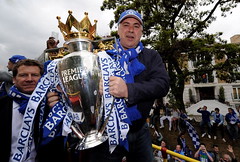 On Thursday there is likely to be confirmation of the deal. Ramires, the Brazilian central midfielder, is leaving Benfica to sign for Chelsea. Ramires has only recently turned 23 but is highly thought of by a number of prominent coaches. Established in the Brazilian national squad, Ramires is the third choice central midfielder after Gilberto Silva and Felipe Melo. Now that the 2010 World Cup has been and passed it appears Ramires will take Gilberto Silva’s place in the national team as Mano Menezes, the new national team coach, is a known fan. If Ramires performs well for Chelsea he might even find himself elevated to the position of first choice central midfielder, especially when Felipe Melo’s poor form in the past 12 months, since he moved to Juventus, and the circumstances of Brazil’s exit from the 2010 World Cup (Felipe Melo scored an own goal and was sent off in the quarter final against Holland) are considered.

Ramires is not a typical Brazilian footballer, his game is more about hard work and simplicity than flair and extravagance. He is still capable of the odd moment of brilliance and was an integral part of the Benfica team which won the Portuguese league in the 2009/10 season. It was Ramires’ first season in Europe. Previously he had spent a season at Joinville and two seasons at Cruzeiro in Brazil. His rapid rise owes as much to his effort on the pitch as it does to his connection with renowned football agent Kia Joorabchian. Joorabchian is known for his connection with several high profile footballers, most notably Carlos Tevez and Javier Mascherano, who he represented before both signed for Manchester City and Liverpool respectively.

The English Football Association and the Premier League appeared at first a little reluctant to rubber stamp the deal between Benfica and Chelsea because of the involvement of a third party but it appears that these difficulties are almost overcome and the deal should be concluded on Thursday. Ramires only made his debut for the Brazilian national team in 2009 but has already amassed 16 caps and therefore there are unlikely to be any difficulties attaining a work permit.

Ramires, from Rio de Janeiro and known affectionately as the Kenyan, is likely to have plenty of game time for Chelsea in the forthcoming season as Michael Ballack, Deco and Joe Cole, all midfielder players, have left and only Yossi Benayoun has signed. Carlo Ancelotti, the Chelsea coach, is expected to use Michael Essien and Ramires as a central midfield defensive combination which will augment the likes of Florent Malouda and Frank Lampard, who will operate further up the field in a more attacking role.