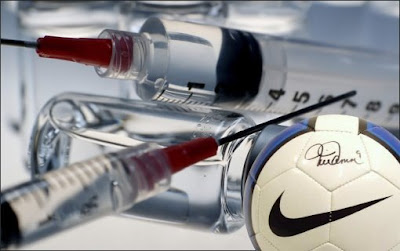 Bulgarian soccer coach Edward Eranosian has been suspended for four years for supplying his players with anabolic steroid pills before matches in Cyprus.

The coach was linked to the crime when APOP Kinyras players Carlos Marques and Lionel Medeiros both tested positive for performance enhancing drugs and admitted that their coach was the one handing out the illegal pills. Both the footballers are expected to serve one-year bans by their club, but the coach did not get off as easy considering he was the mastermind of the illegal operation.

Originally Eranosian was only suspended for two years by league officials, but FIFA got involved with the case and demanded the sentence to be doubled. The Court of Arbitration for Sport says it upheld appeals by FIFA and the World Anti-Doping Agency to increase the suspension to at least four years, so that means that the Bulgarian coach will not be involved in soccer again until 2013 following the end of his suspension.

The Court of Arbitration for Sport claimed that Eranosian “organized the systematic distribution” of pills containing oxymesterone to APOP Kinyras players and therefore was punished more severely for his role in the incident. The story is a rare one regarding anabolic steroids in soccer. In this year’s World Cup no single player tested positive for performance enhancing drugs making it the third straight Cup with no player caught breaking the rules.

It’s an interesting story in a sport that rarely covers the subject, but steroids need to be regulated and severely punished when they arise in any sport because their is too much at stake to ignore or even silently condone cheating.