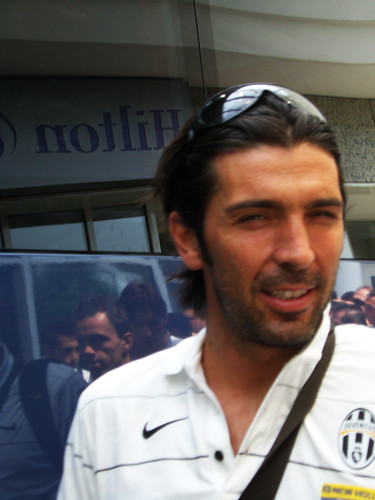 Despite successfully beating Ac Milan in the latest Serie A fixture, Juventus’ first team keeper, Gianluigi Buffon, still believes that the Rossoneri are still a strong candidate in grabbing the Scudetto, noting that winning that big match can’t really confirm anything as just yet.

Buffon thinks that at the moment Milan are having problems merely because the massive injury issues that simply forced the team to play with similar amount of players for consecutive games causing tiredness arriving for the players.

“Milan are paying the price for their injury problems. They are not out of the race. I do believe that Milan are still favourites to win the League title in the end. we only won three points on Sunday night. If we don’t face all of the games in such a manner then we will become a normal team unable to take a step up in quality,” Buffon revealed.

Although Juventus did play better than Milan on the weekend, there’s obviously the hint of physical issues that have been troubling the Rossoneri in this start of the season, mainly because the horrid injury problems that the Red and Black squad are having. Despite some criticism being given to Massimiliano Allegri, who many thought could’ve done some modification on his starting line-up but it can’t be denied that the poor fitness have really been bothering the Italian champion in this start of season.

Moreover, Buffon also refused to predict the future for Juventus, not only because it’s still very early in the season but also because similar conditions pretty much occurred in previous seasons where the Bianconeri always started the season well but faded by the end. That’s why the current good position that Juve are having in the league, isn’t really making the Italian international believing that it could last until the very end of Serie A.

“I don’t want to make any predictions because we started the last few seasons well, but then we ended them badly. If you finish seventh in the League for two seasons running, as we have, then it is because you don’t have any consistency in your results,” Buffon added.

Juventus are currently leading the Serie A table along with Udinese, having eleven points from three wins and a draw, pretty positive result indeed but just as Buffon revealed, the same situation happened in the last two season. The Bianconeri always started their season in a good way and not only that, they usually get good results against big teams as well, especially in the first part of the season, but things usually didn’t goes well nearing the end.