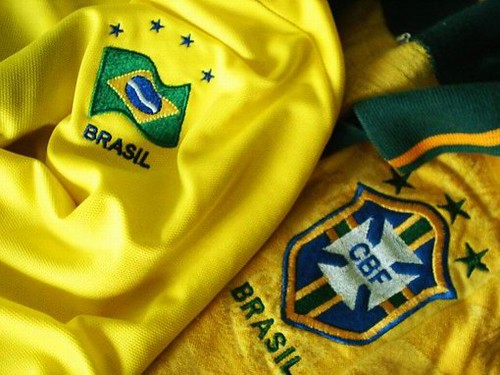 Brazil, the team with the greatest past in World Cup football history, has an awfully bright future in the making under new manager Mano Menezes.

In his debut match as coach of the Brazilian national team, Menezes made a popular move by the roster selections of AC Milan’s Pato and Brazilian league young 18 year old sensation Neymar who received his first international cap in the friendly against the USA. And both players were left off of the World Cup roster this summer in a controversial pro-defense move by former tactical boss Dunga and the axed coach received harsh criticism for neglecting the two forwards from his roster this summer.

But Menezes would give both men the opportunity to start in his first match as coach and Neymar would prove his decision to be a wise one by scoring in his first international half of action. Pato would follow up the first half goal by doubling the total in the second half and Brazil would roll to an easy victory with plenty of fresh faces on the pitch.

And many fans of the Brazilian national team can rest assured knowing that Dunga’s overly defensive tactics have been kicked to the curb and their new coach, Menezes, is fully a believer in the offensive-flowing formula of old school Brazil success known as Jogo Bonito (the Beautiful Game). And the side even displayed a new 4-3-3 formation on attack with newly named captain Robinho on the right wing, Neymar on the left, and Pato in the center striker position.

And the changes didn’t just end with the players on the pitch and the formation intact. Apparently the new coach also stressed to his side their need to play freely and not to worry too much about their labeled positions on the pitch. Eighteen year old Neymar made the following statement about the coach and his tactics for the side’s 2-0 victory over the USA:

Everyone was very comfortable playing together. Mano gave us a lot of freedom to do what we always do on the field, and that helped a lot. That’s why we were able to play so well.

And, ironically, Mano’s first match as coach of Brazil came at a time that might be USA coach Bob Bradley’s final match under the post. Bradley is rumored to desire a move to a European league job and the USA soccer federation hasn’t shown great interest in re-signing the coach whose contract ends this December.

But in Brazil it appears that once again they have a World Cup title winning system set in place under new coach Mano Menezes.