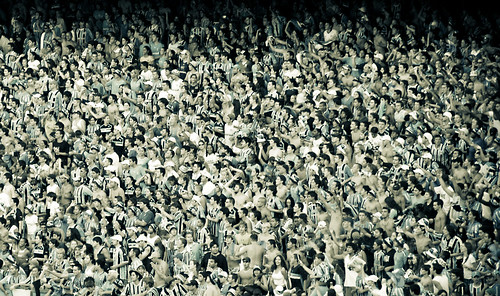 Now that the 2010 South African hosted FIFA World Cup is over, the time has come to look to 2014 when the world’s most popular sports event will be played in Brazil.

And the elite Brazilian football nation is projected to invest around $20 billion in infrastructure preparing for the upcoming World Cup and the president of the nation is worried about the lethargic start the country has experienced due to several national disputes regarding the mega-huge event.

Many things have been debated in Brazil recently regarding the select venues featured in 2014 and environmental and financial issues have significantly slowed down the process of construction in the football-crazed nation. The country’s president Luiz Inacio Lula da Silva recently claimed that politicians and businessmen would have to work together in order for the stadiums to be properly constructed in time.

But on the top of the list of debates at the moment is where the opening match will be played.

President Silva firmly believes that Sao Paulo should host the opening match of the event, but their current grounds of Morumbi Stadium needs to be replaced with a more modern venue that features luxury boxes and proper facilities for a World Cup caliber or UEFA five star ranked venue. Silva admitted that he was ready to “throw in the towel” on the potential hosting city though, suggesting that the city’s officials lack the readiness to pitch a new stadium deal.

12 stadiums are listed as in need of renovation prior to the start of the Cup and several of the venues have yet to begin their reconstruction. FIFA recently scolded the nation for falling behind schedule so early into their project, but Silva claimed that the allegations were “exaggerated.” Many of the stadiums need to be prepared in time for the 2013 Confederations Cup and at the moment Maracana Stadium is the likely candidate to host the final along with several matches in the Confederations Cup. The stadium is located in Rio de Janeiro and is one of the few that is currently on schedule to be ready in time.

And Brazil’s president Silva will soon be leaving office meaning a new figure will be the head of the project for 2014.