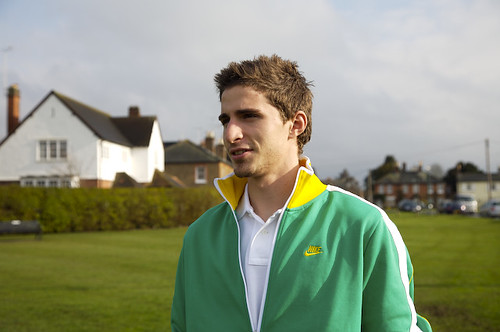 Being a surprised packaged on the Azzurri’s national team call up for the match against USA, As Roma youngster, Fabio Borini, eventually earned his first debut for the Italian national team after coming in the second half for Alessandro Matri.

Borini admitted that his first senior game in the Blue shirt was simply emotional and although he was disappointed not being able to mark it with a goal, considering Italy were also losing the game.

The former Chelsea youth player also admitted his current flaws which is his strength but isn’t really concern with it since there are plenty players that have similar physical stature can still be very influential on the pitch. Moreover, Borini also revealed that he would do anything to have a chance in continuously playing for the national team, including moving wider on the pitch instead of taking the frontman position.

“It was very emotional for me and I gave my all, so it was a shame not to score a goal. It’s not easy to get into the game as a substitute. I saw strikers who are not physically the strongest, like Sebastian Giovinco, who do great things, so it doesn’t concern me that I am not that strong. My favored role depends on the system. I certainly don’t mind playing wide, as I can attack the space behind the full-back, so any position is fine for me,” Borini said.

The youngster also thanked his Roma teammate, Daniele de Rossi, who helped the striker a lot on his debut game by giving lots of suggestions, pointers and spirit when playing on the pitch. Borini obviously cherishing his current opportunities a lot since not long ago his only being considered as one potential talent in Italy that didn’t really make it with Chelsea, but things starting to get brighter for the youngster since he managed to secure a starting place at Roma.

“Daniele De Rossi helped me and was firing me up, suggesting things during the match, so he was a good introduction into the Italy squad,” the youngster stated.

Moreover, stepping aside from his national team debut, Borini has already set focus on the weekend game where Roma will be involved in the derby with Lazio. The youngster revealed that he is excited to play on that match as he didn’t feature on the first meeting between both clubs, the former Chelsea youth added that during his time in London, the Derby game there were not as prestigious as in Rome because there’s too many teams in the city.

“Luis Enrique sent me a message after the Atalanta game and told me to keep going like this. I prepare for the derby the same way as this match, as I’ve never played in one before and so it’ll be a novelty. In London it’s not really as important as a Rome derby, as there are so many London teams that they all seem the same!” the Roma striker added.