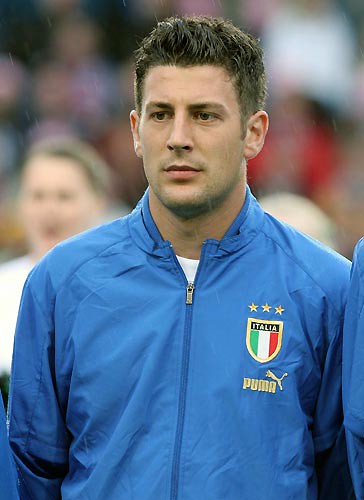 Having been performing consistently good whenever being called up for Ac Milan this season apparently urged Daniele Bonera to dream about a place in the national team for the upcoming Euro 2012.

Bonera hopes that the national team coach, Cesare Prandelli, would at the very least give some attention on his performances, which have really been heaping some praise recently, including the ex-Parma man’s solid display against Barcelona on Wednesday.

“Given that I am now playing with a certain amount of consistency, it is inevitable that I can think about at least being under observation. Coach Cesare Prandelli has demonstrated that he is well aware of what is going and he’s never excluded anybody. I will candidate myself,” Bonera stated.

Despite playing more as a second fiddle at Milan, Bonera have been having notable playing time recently because of the injuries and absentees that happened to the likes of Alessandro Nesta, Philippe Mexes and Thiago Silva. The ex-Parma man did himself a favor though by taking his chances in such a well manner as he has shown some solidity even in tough matches against quality sides such as Juventus, Roma and of course the recent clash with Barca.

Bonera’s ability to play as a full back in either side aside from his natural center back position could also gives him a good shot at being considered by Prandelli, considering there aren’t many Italian defenders who are as versatile. Moreover, the quality of the 30-years-old stopper’s performances have actually been rather high compared to some names who Prandelli usually picked such as Leandro Bonucci and Davide Astori.