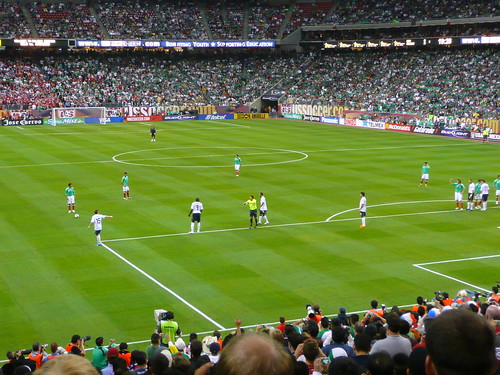 USA national team coach Bob Bradley apparently has bigger dreams then continuing to coach the United States in international play. The American coach hopes to be the first of note to manage a top European club.

And recently the coach was linked to a a potential hiring by Premier League club Fulham, but the club opted to go another route. But now that Aston Villa has an opening due to the surprise departure of Martin O’Neill the week before the start of the EPL season, several critics of the most beautiful game believe that Bradley is the best fit for the job.

And following a 6-0 routing to a recently promoted club last week the time to make such a move is coming for the EPL side. However with the recent loss of James Milner to Manchester City and the potential loss of winger Ashley Young this upcoming transfer window in January, Aston Villa may be a tough challenge for any coach especially one that is brand new to the league.

But the biggest development is that Bob Bradley is leaning towards managing a league side and it appears that the United States are fine with allowing their manager to leave. Bradley’s contract runs out in December and neither side appears to be eager to get a new deal set in place.

Bob Bradley made the following statement regarding his interest in managing Aston Villa:

I think Aston Villa is a massive club with great history and a great following and those type of opportunities would of course be of interest. I would certainly be honoured to have that conversation but I’m impressed with the way things have been handled so far and we’ll see what the future holds.