Blanc Lays Down the Law 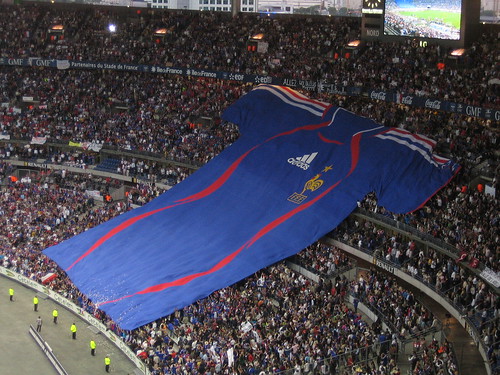 New French national team coach Laurent Blanc recently hinted that he would be mixing things up in the French camp following that embarrassing rift that occurred at the World Cup between the players and coaching staff. And the French coach suggested that many important members of that squad would potentially be removed from his selection due to their negative involvement in the situation that escalated this summer. And the new French coach even joked that he felt like he was heading to the guillotine due to his unfortunate timing of taking over the beleaguered squad.

Well Blanc made his first serious move as the FFF’s coach when he announced that he will be selecting 23 footballers who were not involved in the incident this summer in his side’s first action since he has become the head coach. In other words not one member of the infamous French national team at the World Cup will play for the side this August and several of the team’s key players are rumored to be blackballed for good due to their extreme behavior this summer.

Nicolas Anelka’s name is obviously rumored to be on the potential list along with former French team captain Patrice Evra. And of course Thierry Henry announced his international retirement last week and will focus on his MLS career for the remainder of his football career, so times are a changing in France right now as far as football goes.

And the move by Blanc is a bold one, but I think a necessary one too. The new coach needs to draw a line in the sand (if you will) and show his troops the line where the can’t cross if he wants to be respected. And after that pitiful performance this summer I think it is safe to say that nobody has secured a job for good with the squad. Sure some of the big names will return eventually, but for now Blanc is starting with the development players and that is probably a wise thing.

But you have to respect the move by Blanc. He is putting these guys in their place and sending a message to everyone that the World Cup roster’s behavior will not be tolerated.