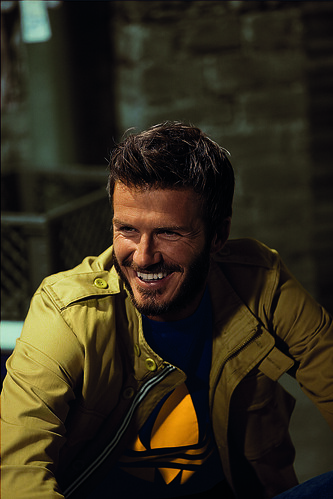 David Beckham’s supposed season-ending Achilles tear has now been upgraded to a projected return in October for the LA Galaxy. The MLS regular season closes for the Galaxy on October 24th and the MLS Cup is played on November 21st, so Beckham would likely see little action before the start of the postseason and a potential run at a championship.

But Beckham expects to return to action two or three weeks before the playoffs begin and the Englishman hopes to shake off the rust before November. And several months back when Sir Goldenballs suffered the injury on loan with AC Milan, most football minds were saying he would likely retire due to missing out on the World Cup and most likely the entire MLS season.

But Becks has always been in good shape and a quick healer from injury and is apparently once again on his way to proving this notion to be correct. And Becks did recently admit that his days of loans are likely done considering the increased opportunity for injury because of the limited time off. And with the scheduling conflicts the MLS creates, it probably is all but a guarantee that Becks days in Italy and England are likely done.

But his career in the MLS (and hopefully for England’s national team) is not done yet and the midfielder has adapted well to his center midfield position for the MLS squad.  And with limited mobility it probably is the ideal place for Beckham to play to finish out his career with the Galaxy.

Hopefully he will make it back in time for the postseason (because love him or hate him), he is great for the American game.