Bayern Takes A Lead To Manchester 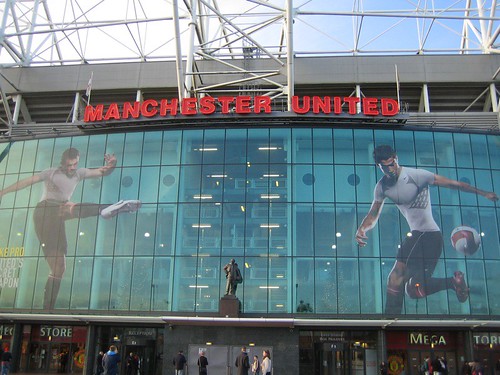 This is going to be a sad building today.

I’ve bet on teams playing at home this season already.  It hasn’t really worked out too well for me in the past and I’m going to learn from my mistakes and make this as clean and easy as possible.

Bayern has a 2-1 lead going to Old Trafford and United is hurting:

-Bayern getting Arjen Robben back

-The fact that they’ve already summited this peak.

Bayern knows they can do this–they know anything is possible–they know United is weakened and they just don’t care.  I think they’re out for blood this time.

Their coach Louis Van Gaal seems to understand the gravity of the situation:

“There are a lot of goals being conceded by United but they then score three and are through. They have the spirit to do this and Alex Ferguson has ensured this.”

“We have already beaten Manchester United with Wayne Rooney anyway, so it does not matter to us whether he plays or not. And anyway we don’t have to win the game, we only need a draw. But United are still the favourites to go through.”

Every time he plays public opinion against his club he just makes his players more dangerous.