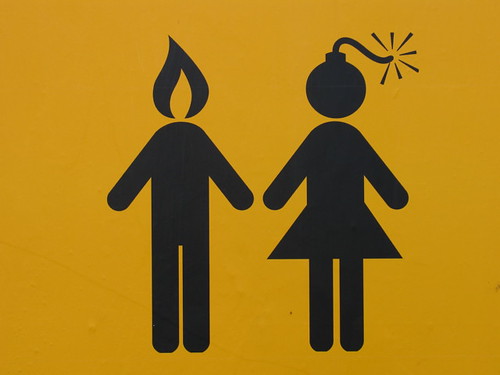 Barcelona have been awfully aggressive this off season with their attempts to sign young Spanish sensation and Arsenal captain Cesc Fabregas. And Fabregas would be the perfect fit, well, anywhere in the world for any team and the fact that the twenty year old midfielder is from Barcelona, Spain should only assure a future move considering he grew up idolizing the La Liga squad and hoped to one day sport the red and blue jersey.

But right now Fabregas remains a Gunner and perhaps that will change one day, but probably not anytime soon. Barcelona sporting vice-president Josep Maria Bartolomeu feels bad about the current status of the two clubs and he really wants to patch up the deteriorating relationship before it becomes irreparable.

Here is what the VP had to say regarding Arsenal’s “hurt” feelings:

Relations exist, but we want them to be good. We are not in a phase of negotiation, only a phase of relationship building. Once we have done that, we will see if there is a chance to start negotiations to sign him. Until August 31, all possible signings remain open.

Of course Bartolomeu only wants to repair the relationship long enough to steal the team’s most prized asset, but can you blame the former treble winners? I mean to keep up in the race with Real Madrid, Barcelona is forced to spend ridiculous money. Which leaves me to the question once again that are two super teams really a good idea for the future of the La Liga or any sporting league? I mean is there really anyway possible that both these teams don’t finish #1 and #2 every single season? If Villa and Fabregas were added to any team in the world then wouldn’t that team be one of the best around?

Correct me if I’m wrong, but doesn’t Arsenal have every reason in the world why they wouldn’t want to negotiate with Barcelona anymore? Isn’t this the same team that they bestowed Thierry Henry to during his last few strong years? And what award do they receive for that gift?

Barca’s first bid of 35 million for Fabregas fell short. If they want the future world’s best player their going to need to do much better then that. Perhaps they will and perhaps they will not.

But until August 31st anyone is an option. Especially those named Cesc.