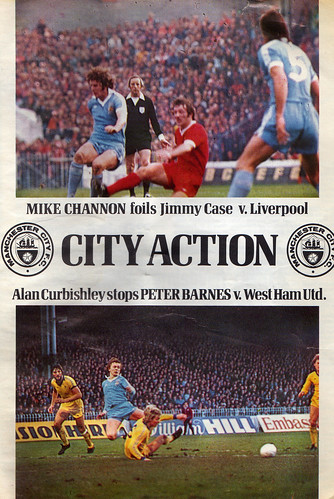 “Just when I thought I was out, they pull me back in!”- The Godfather.

Have truer words ever been spoken regarding the transfer window?

Troubled Inter forward Mario Balotelli will be taking his services to England this season. Manchester City acquired the hot-headed, young Italian sensation for a hefty transfer fee of 28 million. And the twenty year old passed a medical on Friday and has reportidely signed a five year deal with the Premier League side.

Ballotelli was of course one of the most highly sought after footballers this summer and the forward was supposedly considered “priceless” to his Italian side considering his tremendous skill and potential for such a young age. But with Balotelli comes baggage and nobody knows this more then former Inter manager Jose Mourinho. The Special One and Balotelli butted heads often last season and despite the youngsters great talent he was often relegated to the bench due to his fiery temper and uncoachable attitude.

Balotelli apparently refused to enter a Champions League match as a substitute off of the bench last season and several players argued with the youngster in the tunnel after the match as the rest of the team celebrated the huge victory. And Mourinho recently warned potential buyers that Balotelli’s biggest problem was his brain.

And at Manchester City the young burner will have to outplay several outstanding footballers simply for minutes on the pitch. Adebayor, Tevez, and Robinho will likely be the featured forwards for the first half of the season and Balotelli will likely remain a critical force off of the bench for the start of his EPL career and if that is the case can the young brash star accept that role?

It appeared last year he struggled with the fact that he usually didn’t start and at Manchester City it certainly doesn’t become any easier for the young Italian. Perhaps with Mancini (formerly his coach at Inter), Balotelli will positively progress as a player and accept his likely role as a key reserve for the potential top four team.

But regardless of what happens down the road, the big news today is that Balotelli’s supposed dead transfer talks have awakened and the young controversial star has been moved over to the record spenders at Manchester City.