Did Landon Pull a Finkle? 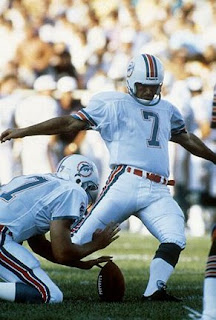 What do all these men have in common?  They all were the goat during a critical sports moment.  Its not fair for these men to be labeled choke artists, losers, or anything else demeaning, but unfortunately fame comes at a steep price and sometimes that price is worth something not worth losing… Like your reputation.

But does Landon Donovan, the best American soccer player around, really deserve to be labeled the scape goat of his Los Angeles Galaxy loss in the finals to Real Salt Lake?  After all it was Donovan who setup the squads only goal in regulation on a beautiful cross into the box.  But too bad for Landon that his best play of the match came in the first half of regulation and his worst play, well, that came at the very end of the competition.

It’s a tough postion to be in and no one wants to be the guy that misses the big kick, but Donovan was due up during penalty kicks after the final whistle of the match and the man that is usually automatic was not on this rare occasion.  In fact the American national team penalty kicker was anything, but on target.  Donovan’s penalty sailed over the post missing the cross bar by yards rather then inches and causing the match to continue on giving Real Salt Lake a breath 0f fresh air.

Sure Kyle Beckerman missed a kick too, but Landon is supposed to be the man in these situations.  Just to add insult to injury Beckham nailed his kick into the net (although he deserves an Oscar for his wincing facial expressions).

But Landon will likely bounce back from this downer and win the MLS Cup next season or the season after that, but if I were Landon Donovan I would be a little bit worried about potential penalties taken down the road in big events like say the World Cup.

It will likely take some time to get over it and who knows most of these iconic sports goats claim that you never will.  But lets just hope that Landon isn’t whispering to himself, “Laces out.  Laces out.”

Because lets be honest…. Soccer balls have no laces.