STO’s Soccer The Movie: The Sidekick 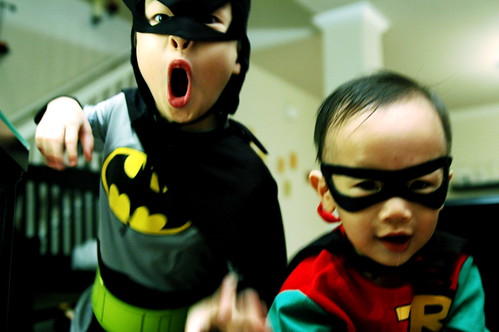 The sidekick is often considered one of the most important characters in a film even though he is on screen for less time then the major stars.  Often the sidekick is the way our audience becomes closer to the main character by what the two talk about when they are around.  The sidekick is the guy that has our star’s back when he needs it and he is there to help him him out along the path to greatness.  Usually things don’t work out as well for the sidekick (Top Gun) as they do for the star of the movie though.  And in the case of the old Adam West Batman series (or the George Clooney Batman and Robin) sometimes the sidekick might even lust after the hero of the film.  And that’s a little weird.

Who should be our sidekick for STO Soccer the Movie?  Lets Take A Look:

If you don’t know the African actor by name, he is most well known for his role as Maximus’ sidekick in the film Gladiator. Hounsou would make a great Premier League player and probably has experience playing the game back in his homeland when he was growing up.  And perhaps at the end of the film, Hounsou could bury a bobble head of our star player on the pitch grounds or he could slowly walk through fields of blowing wheat.  But that may have already been done before.  Damn you Ridley Scott!

Another guy whose name might escape you, Mr. Ejiofor is in such films as Children of Men, Redbelt, and American Gangster. In most of his films (much like most of the candidates) Ejiofor shows off his athleticism as an action star and is usually avoiding a hail storm of bullets or battling a bunch of guys in an intense karate showdown.  In other words I could see the Londoner playing football in the bright spotlight as well.  Plus the guy got to marry Knightly in the film Love Actually. In other words he deserves to be knighted.

You may know Bettany from his brilliant role as John Nash’s imaginary friend in the film A Beautiful Mind, but the greatest work of his career was landing Jennifer Connelly as his wife off of the set of that production.  Bettany is a good choice for any sidekick character because he can pull off both the funny, entertaining stuff and the serious parts of the film as well.  Plus if you cast the Wimbledon actor then you can guarantee that his wife would stop by the set.  Score one for the good guys!

If we were going to have a Yank player playing in the EPL then why not Van Wilder? Well the one catch is that Reynolds is actually not a Yank at all and is actually a Canuck.  But the guy did steal away Scarlett Johansson to the land of Mounties and maple syrup, so you have to hand it to the guy.  And Reynolds has recently also made the move from funnyman to action star with his brilliant work in Blade 3.  So he might be ready to play the part of the young footballer and friend of the star.

I have actually never seen the young whippersnapper from Twilight act and I’m sure if I did it would change my life forever and I would  totally be forced to buy his poster and hang it up in my room, but one major upside to Pattison’s addition would be that teenage girls would actually want to go with their dad to a sports movie.  And that hasn’t happened since Rocky.  What do you mean Sly Stallone doesn’t appeal to 10 year old girls?  He still does.

I said sidekick not cheese dick, but if every other young British actor on the face of the earth decided to either retire from acting or move to the North Pole then I would be forced to choose this anorexic, obnoxious star of Forgetting Sarah Marshall.  He is a fan of the most beautiful game, but that is just about the only nice thing I can think of saying about the guy.  Brand couldn’t be selected though simply because he permanently looks like he is coming off of a heroine binge.  The guy could play a junkie that roots for the club though.