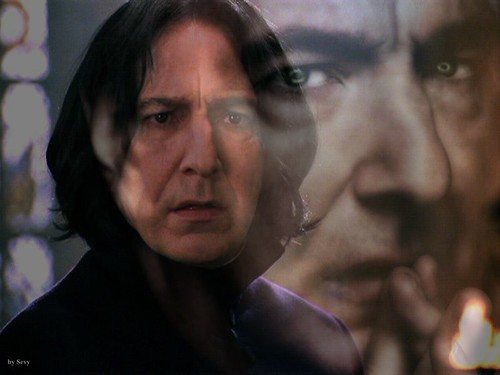 Every sports movie needs a few plot twists and one that is always a nice touch is the evil team doctor looking out for his own pocketbook more then the player’s health.  Usually in the big match at the end of the movie, the star player is seriously hurt and it is the team doctor that clears him after an unknown under-the-table agreement was made with the evil owner.

So the team doctor should be someone that is both smart and sophisticated with an underlying evilness that makes you shudder when he enters a room.

Who should play the corrupt club doctor?  The STO debates:

Rickman is well known both for his comedic performances and his dramatic ones too.  I thought the guy was the only actor worth watching in Costner’s Robin Hood as the Sheriff of Nottingham and he was also great back in the 1980’s as the original villain in Die Hard.  So in other words the guy has plenty of experience playing the villain, but this time he will play more of a mental villain rather then a terrorist who desires blowing up Japanese owned buildings.  Rickman though could easily portray the cunning doctor and deserves the pick.

Malkovich can pull off just about any creepy role you throw the guy’s way and he even has played himself in a movie in which various, strange people live inside his head and watch life through his eyes and sometimes even control his body.  So in other words the part of an evil team doctor could easily be played by the guy.  Yes he is American, but he can also pull off all kinds of accents include a great Russian one if you have ever seen Rounders.  In other words Malkovich is as worthy a candidate as anyone.

Fiennes is an Englishman, so the guy should be familiar with football and he is also considered a master of playing the creepy type of character that a corrupt team doctor would be.  In fact Ralphie plays Lord Voldemort in the Harry Potter franchise and he also recently played the lord of the underworld Hermes in Clash of the Titans.  So playing a corrupt team doctor would be toning it down for the man that is fond of portraying evil, hellish characters.  But Fiennes is another Oscar worthy candidate for the part.

Hugh Laurie AKA House M.D. not only has experience as a fake doctor on TV, but the guy is also actually English and has been tricking us all for year’s with his fake American accent.  And I realize if Hugh were to take the part then he would be considered type cast as the crazy, controversial doctor, but the guy might as well cash in once more while he is still in demand.  After all his House gig has paid him more money then any other current television star, so why not keep the ball rolling Dr. House or I mean Hugh?

Woods would be a great guy to play the part if it was in fact a movie set in America about Americans, but I can’t see Woods as a European team doctor plus the guy already played this exact same part in the film Any Given Sunday.  Woods is well known for playing the role of the scumbag (see Casino) though and he could probably pull off the fake British accent if need be.  Of course Woods would have to rock a pencil thin mustache as well because that is usually a movie sign that someone is truly evil.

Dr. Death is probably a little bit too controversial when it comes to acting in a film, but can you imagine the buzz your film would get if you landed the controversial doctor of assisted suicide?  And Kevorkian is having a feature film being released soon about his life.  The movie stars Al Pacino and I’m sure his version of Kevorkian will rant and scream loudly for most of the picture.  We don’t want a fake Kevorkian though, we want the real thing and the man is no longer living in prison.