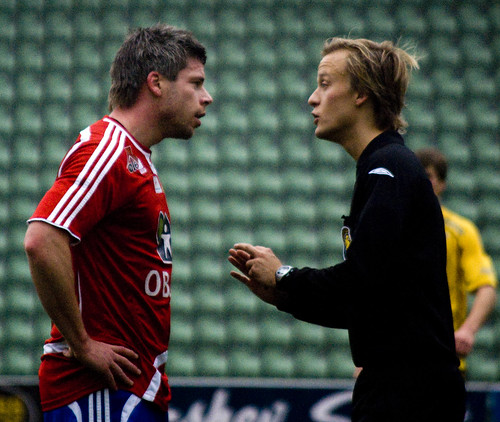 Something is rotten in China.

Gambling and max fixing surround the nation’s biggest soccer league, the Chinese Super League, and the corruption has turned feelings towards the most beautiful game sour in recent months.

And the biggest reason why is because the league was state-run by government officials who were directly put into their posts to keep the corruption out of the sport.

The grocery list of gambling, match fixing, and other corrupt acts is so long in Chinese football that it is hard to know where to begin.  Well first off, several gambling clubs or organizations have been discovered to be directly affecting the teams front office and their players.  The head of the Chinese Football Association has also been linked to the allegations along with several of the league’s star players who were apparently gambling on matches that they were directly involved in.  Among the most respected people accused of the illegal acts are three refs including one that was called “The Golden Whistle” of China due to his supposed pure, unbiased judgment of a big match.

Well this “black whistle” fiasco has nearly buried the sport due to all the terrible corruption and the fact that it has likely taken place for well over a decade in the mediocre league doesn’t sit well with their devoted fan base and former and present day season ticket holders.

Lu Shengiun, the head of an amateur soccer association in Anhui Province and a follower of the Super League, had this to say regarding the unfortunate situation in Chinese soccer:

All-in-all between the criminal gambling rings managing the clubs,  the players throwing matches for profit, the possibility of coaches knowing the outcome of a predetermined match, and the fact that referees were favoring certain clubs with horrific calls, over twenty men have already been arrested and several more will likely be detained and punished soon.  Also it is estimated that countless millions of dollars have likely been shifted into these gambling rings, players, and ref’s pockets.

But the most troubling issue regarding the case is that many of these crooks were hand picked by the Chinese government to run the league fairly.

Chinese soccer has a lot of ground to make up and a nation that has never excelled in the sport has fallen victim to greed and corruption in the league’s front office.