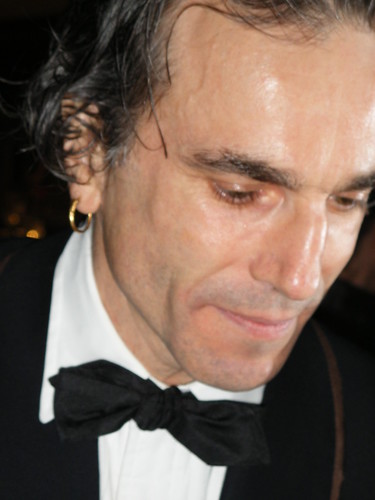 If you are going to make a sports movie then you need to have that unlikeable, villainous coach that controls the opposing side’s squad.  Of course every movie has to have this to motivate the audience into rooting for the protagonist even more to win and hoping that the cruel, arrogant coach of the opposition gets what he deserves.  My personal favorite antagonist ever in a sports movie is Sensei Kreese from the Kirate Kid.  But a close second is fight promoter and Don King ripoff George Washington Duke from the best Rocky which is of course Rocky 5.

But who should play the young coach that pushes his team too hard and shouts off his mouth to the media predicting wins before they happen against our protagonist’s side?  Lets take a look at the candidates:

Why not Mr. Bastard in a Basket himself?  Sure he is a method actor and in order to play the role he would have to actually become an EPL manager for about five years, but his performances are so great that we can wait for him to prepare.  Can you really think of a better potential villainous coach then the Butcher himself?  Day Lewis is also from London, England and if you have seen his recent Academy Award winning work in There Will Be Blood then you know that the guy can pulloff the deranged, scary man desperate for power thing.  Daniel Day Lewis gets the pick.  Now give him a job Portsmouth.

Del Torro is actually an American citizen, but he is from Puerto Rico.  I could see the Academy Award winning actor playing a Jose Mourinho type of coach that gives other teams headaches and possibly his own team headaches as well.  He was great in The Usual Suspects and is nominated for awards every once in a while for films such as 21 Grams and Traffic, so you can’t questioned the guy’s acting chops.  He also just recently starred as a Wolfman too, so there are a lot of similar qualities between the character of an EPL coach and a beast that runs around naked eating people in the woods during a full moon.

Neeson is well known for playing his role of the stoic hero, but I like him as the cunning villain as well.  He’s Irish so I’m sure when it comes to football he has a lot of built up anger that he would love to unleash in a movie about football.  Just make sure not to mention the words “I love Thierry Henry” to the guy.  He might drag you up to that snowy mountain in Batman: Begins and make you huff some magic flower and get your butt kicked by a bunch of ninjas.  Because it is a true story after all.

The Frenchman doesn’t act in too many American movies these days and I think I have finally figured out why.  It’s because he is type cast as the French guy.  But he could easily play the arrogant, but sophisticated French coach that believes his brand of football is superior to the English domestics.  Honestly I haven’t seen this guy in a movie in a very long time, but then again I don’t speak French so that is probably why.  Also I never saw his legendary work in Babylon AD.  What an acting pair he must be with Vin Deisel!

Your probably thinking who is this guy?  Well Almeida is the bearded guy that always plays the Hispanic drug lord or at least the drug lord’s right hand man.  Almeida’s most famous work is in Desperado and Clear and Present Danger.  He also starred in Behind Enemy Lines as well, but I never saw that movie.  My guess is that he played the evil, corrupt Latin drug lord type of guy.  In fact I’m not sure if Almeida has ever played a good guy before.  Lets hope he isn’t as serious a method actor as Daniel Day Lewis is.

Once again art often imitates real life and sometimes if you want the best results you should simply just look into the profession for the best available acting talent.  It’s been done in movies several times before including in Nick Nolte’s Blue Chips when his basketball team takes on Bobby Knight’s Indiana Hoosiers.  It also was done in the film Little Big League, Eddie, and Rookie of the Year, so in other words all of the greatest sports movies use real athletes and coaches.  The only problem is that Mourinho is a control freak and often considered to be a bit of a diva.  By day two he probably would demand to be directing scenes.  But he would probably do one hell of a job as both an actor and a director.