The One Advantage that USA Will Have Against England 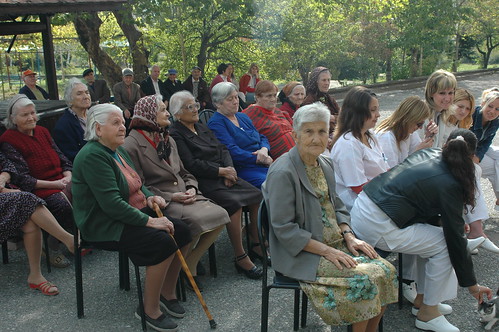 The first World Cup match is less then a single week away and the rosters have officially been set for next weekend’s action.

And when it comes to comparing the starpower between the US and England, it becomes a grim analysis for us Yanks.  After all their average player is an EPL star contracted to make several millions of dollars a year for a world renowned powerhouse club and our average player is also a league star, but most likely in the MLS for a considerable amount less and for a considerably worst overall team.

But there is one critical roster factor that we Yanks have over the Brits when you lineup the 23 man squads.  England’s final roster has an average age of 29.14 years old; whereas the United States is nearly two years younger on average at 27.26.  And when it comes to players over 29 years of age, the US only has six and Capello’s squad has over twice as many at thirteen.

In fact England’s average roster age is the second highest in the tournament behind Brazil and they have one of the oldest World Cup players in thirty-nine year old keeper David James.   Perhaps none of these stats will matter over the next month, but maybe England is going with a team slightly over the hill for the long awaited competition and maybe that is why they have experienced so many critical injuries leading up to the World Cup.

Of course if you are a fan of the Yanks then you can also point to the advantage that we have in domestic league scheduling with all of England’s players just finishing a grueling 38 week long EPL schedule that saw Chelsea play 18 extra Cup matches to boot over a eight month span.  That type of never ending schedule would likely lead to having many physically hampered bodies compared to the more fresh MLS stock of Yanks.  But is more rest then your opposition a clear advantage or does the competitive EPL schedule prepare a team more properly for such a critically brief tournament despite the risk of injury?  And does there older age play as a disadvantage to the squad due to their higher potential for injury or will these English seasoned vets big stage experience pay off huge dividends for England this summer?

I can’t say I have the answers to such questions, but one thing we do know for sure though is that the Yanks are slightly younger than the Three Lions in total roster years and that means that hopefully they can remain aggressive and run with the the Three Lions in a critical 90 minute match.