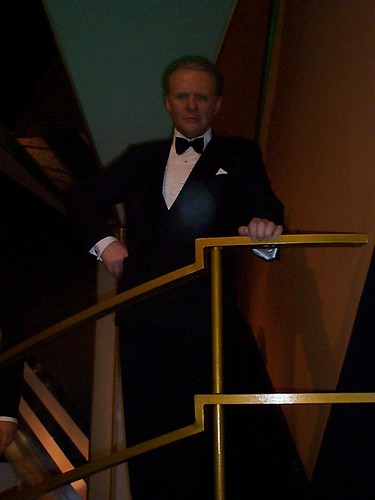 We’ve already picked the director and the star along with the wise coach, so now the time has come to pick one of the villains of the film.  Well who would be more fitting for the role of the bad guy other then the owner of the powerhouse club?  Every great sports movie has the evil owner who is only looking out for his own coin rather then for the boys on the pitch.  Think about it.  Films like The Natural, Any Given Sunday, Major League, and even the greatest sports film of all Eddie all have this evil presence in the owner’s box.

So who should be STO’s version of the evil owner.  The STO debates:

Dr. Lector needs no introduction when you talk about being scary enough to pull off the corrupt front office intellectual type of character and Hopkins is also from Wales so he should know alot about how the Premier League is run as well.  The man was also knighted and I’m about 90% sure you have to bury a forty foot penalty kick over the Queen’s head (playing keeper of course) to be awarded that high honor.  What’s that you say.  Elton John and Paul McCartney are also knights.  On second thought I’m only 5% sure about that.

You may not know who Price is by name, but he is the guy that plays the role of Govenor Swann in the Pirates of the Caribbean franchise.  He is also the evil media mogul in one of Pierce’s Bond films Tomorrow Never Dies.  Price is another master of playing the role of the sophisicated villain who has that evil corporation type of look.  But he is not as renowned as Hopkins is at playing the part and is simply considered a poor man’s Hopkins..

The Monk star is always a leading candidate for playing any role in need of a man of Middle Eastern decent, but ironically the guy is actually from Green Bay, Wisconsin.  And since his show just finished running he should be ready to take on a new role as a billionaire sheik.  The Premier League has many foreign owners involved in purchases recently and this film could be the first to focus on this aspect of modern day football management.

He is another no-name actor, but you may know who this guy is from his role as Charles Widmore on the hit show Lost.  Dale also played one of the villains in the last Indiana Jones movie as well, but hopefully you were able to block that movie completely out of your mind for good. I’m sure before Dale read the script he thought he was going to star in the role of a lifetime.  So much for that idea!

Banderas could bring the sexiness to the powerful role, but I kind of just have to laugh anytime I see him in a serious role.  I know that sounds rude, but could this guy really be the owner?  Maybe he could play the young coach (like Pep or Leonardo), but the owner?  I think Antonio Banderas is flat out too sexy to play the part.  Women would root for the evil side.  Besides then you would also have to give a role to Melanie Griffith and no thanks.

Clearly right now this selection would be a poor choice due to the candidate’s recent lack of, well, good professional decision making.  Phoenix is in fact a good actor and he played the oldest living example of an evil sports owner in the film Gladiator (when he starred as emperor Commudus), but apparently the guy was knocked on the head or he ate a magical brownie and as a result he now only acts like a rapper.  Too bad he also only acts like a bad rap artist as well.