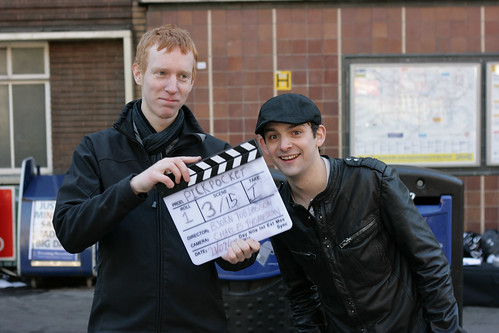 Ever heard the phrase lights, camera, and action.  Well if you are aware of the film expression then there is something you should know.  The phrase is complete B.S.

First off the lights on a set are rarely ever turned off because they shine at such a high wattage that turning them on and off all the time would mean a lot of waiting around until they warmed back up.  Maybe if the light was used in an effect that would be different, but 99% of the time the lights are already on.  Camera and action are fair enough terms to use prior to a shot though, but what about the  audio mixer and the film clapper?  These are two areas that are never overlooked in any take.

If you really want to know what is said before a take then it should be lights, audio, actors in first positions, camera, clapper then action.  But saying all of these things doesn’t sound as catchy, so instead we say lights, camera, action.

Now that I’ve bored into a deep state of sleep I will get to my point.

Soccer hasn’t been brought justice in American cinema.  There are some decent soccer films (including the Oscar worthy work of Rodney Dangerfield in Ladybugs), but it seems as if the only American soccer movies are about some idiot father figure trying to bond with their son (Kicking and Screaming).

But what about a real Soccer Movie?  One with a superstar actor, a brilliant director, a zany sidekick, and an exotic love interest.  One about the world’s most beautiful game being played on the highest of levels in front of sell out venues.

Over the next month or two each Sunday I will introduce a new film component and the various candidates that would work well in Soccer the movie.

We will pick the scene, the stars, and the crew along with everything else that makes an intriguing movie.