That’s One Mug You Don’t Want to Chug 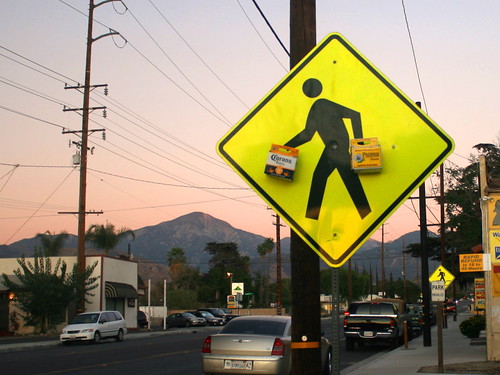 And who doesn’t enjoy drinking a frosty brew while they are watching the World Cup?

Well apparently in South Africa things aren’t much different then, well, anywhere else in the world.  The nation is known as the largest populous of beer drinkers in all of Africa and this summer will likely be a beer guzzling phenomenon in the country hosting its first ever World Cup.

So that must mean that Budweiser, the official brew of the FIFA World Cup, will be making a killing off of sales at the event this summer?  Well not exactly.

Although Budweiser will likely be consumed at a high rate here in the states and in select other nations this summer, it appears that in South Africa at the actual venues, villages, and pubs it will be a rarity to see.  In fact at most of these places it will not be around at all.

Like many nations stretching across the globe, Budweiser is not in serious demand.  The beer is often overlooked for a more popular local brew that the people are more comfortable drinking.  The most popular beer company in South Africa is actually SABMILLER, a London based rival brewery of Budweiser.  The company experienced a South African takeover in 2002 and has become the Budweiser of the African nation if you will.  SABMILLER’s most popular lager in the country right now is known as Castle Lager.

So how could the most popular beer in the world, that is the sponsor of the event, not be sold around the arena and at the pubs in South Africa?  Simply because as one Australian once told me, “It tastes like piss water.”

Now I do enjoy a Bud from time to time and I am not the type of guy that turns down any brand of the stuff when offered, but I will be the first to admit that several other nations and several other beers have a superior taste or at least a superior alcohol percentage to that of the Bud variety.  Call me a Benedict Arnold, but it’s the truth my fellow Yanks.

So this summer Budweiser will still be all over the TV screen, and all over the sponsorships deals in the arena, and outside in the streets on signs and T-shirts (and of course it will still be enjoyed all over the US in homes and pubs), but in South Africa people will likely be seen drinking something else.  Some South African bars claim that they keep some Buds around in case tourists come in to watch a match and others claim that it just doesn’t sell in the pubs at all and will have zero around to save their money.

SABMILLER, on the other hand, will have refrigerated beer trucks looping through the select World Cup cities ready to disperse cans to chug much like the Duffman character from The Simpsons.  When a pub runs out of beer, SABMILLER will be there to the rescue.  Budweiser’s major emphasis, though, will be on selling the product to a global market via commercials and not at the games.

In fact since SABMILLER isn’t a sponsor of the World Cup they will have to sell their beer in more of a secretive way at the villages and arenas this summer.  So if you see a can of beer being consumed by a fan with the title South Africa on it or better yet BEER, then you know that one mate is enjoying himself to a Castle Lager or another domestic blend.

But more than likely, they will not be drinking any “piss water” in South Africa this summer.  Just like in Australia nobody would ever be caught dead drinking a Fosters either.  There Bud goes by the name VB as in Victoria Bitter.