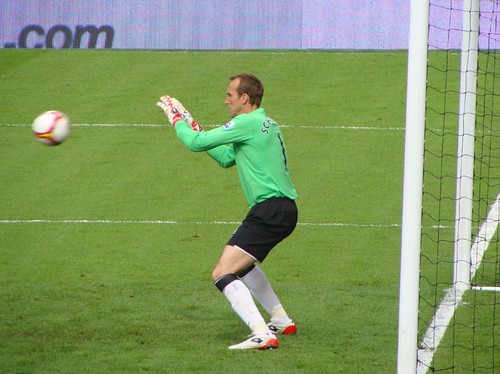 Mark Schwarzer is solid in the net and gave up few goals last time in the World Cup.  Michael Petkovic is a decent backup as well.  Australia will heavily really on Schwarzer to perform well if they want to advance deep into the Cup.  Schwarzer has experience being that guy and his seven match run without allowing a goal needs to be repeated if the Socceroos want to advance far this summer.

Captain Lucas Neill anchors the back line and was a member of that Australia team that made a brilliant run last time when they lost to Italy via the late penalty goal.  Their defensive unit doesn’t have many other big names on paper, but they are an underrated bunch that is the strength of the squad and will need to carry them to postive results.

Winger Harry Kewell can do some damage out wide and is one of the few critical players on attack and Brett Emerton is a reliable player that should be out on the opposing wing as well.  Attacking Midfielder Tim Cahill is the leader of the unit and offers Australia’s best bid at putting the ball into the back of the net.  Cahill is critical at setting up goals and putting them away.  Mark Bresciano and Luke Wilkshire are solid players as well.

Middlesbrough forward Scott McDonald should at least see some reserve minutes andJoshua Kennedy is the projected starter for the club once again.  Kewell and Cahill are the real offensive forces to a club that lacks a decent striker.  They will need to outdue themselves if they want to advance in the Cup.  Last Cup Australia didn’t have much of an offensive presence and relied on outstanding defense to win.  But that will only get you so far.

Australia did coast to a World Cup berth this season and they have impressed in recent Cups and the WCQ, but the squad was fortunate to play in a weak WCQ division which they dominated.  Germany, Ghana, and Serbia is an underrated group that offers many challenges to a squad that doesn’t score many goals.  The key will be if they can contain offenses the same way they did last Cup.  I think they could sneak into the second round over Ghana and Serbia, but they will likely disappoint after their last Cup run.