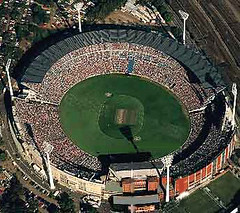 Arsene Wenger is determined to sign players in the summer, but he is not going to go for broke on players who show out in the World Cup.

He seems to think that there will be a run on top talent after the World Cup when certain players play better than normal.  I’m interested at his take:

“With the season drawing to a close, people are inevitably looking to discuss our transfer targets.  I do have targets and have been talking to people, but I cannot mention any names of players at the moment.”

“What I can say is that the World Cup will not affect our recruitment, unless there is an exception that nobody could foretell.”

“In my view, it is dangerous to buy on the back of a World Cup – for one thing, the prices afterwards are always artificial, and for another you have to bear in mind that anyone can have three weeks of glory on a football field. To have ten years of success is quite different.”

“All told, I believe that the earlier you settle your teams for the next season, the better it is and the less anxiety you have.”

I’ll have to agree with him on the anxiety and inflation thing, but I think you can really catch lightning in a bottle with the right guy who’s just played the World Cup of his life.

Imagine getting a guy whose coming out party was in South Africa and now he’s blowing doors on anybody who gets within 10 feet of him.  You don’t want that guy even if you have to slightly overpay for him?  Plus, if he wants more money then just pass on him.

Wenger’s right and wrong.  He’s right that prices will be through the roof, but he’s wrong to avoid World Cup glory altogether.  Where do we think Pele and Maradona made THEIR names?