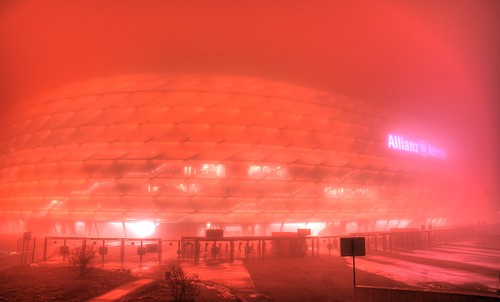 Last season’s Bundesliga superstar Arjen Robben of Bayern Munich is expected to miss this entire season due to a significant hamstring injury that was suffered this summer during the World Cup. Robben tweaked his hamstring on a hotdog move during a blowout friendly heading into the World Cup, but the star midfielder/forward was able to shake off the injury and finished the tournament strong playing regular minutes and aiding his side to the final match.

But apparently the wear and tear of the hamstring was so serious following the Cup that Robben is now expected to miss this entire 2010/2011 season for his German club. And following the Cup, fluid in Robben’s hamstring has apparently not healed properly and the timetable for the footballer’s return is unknown at the moment. Originally the injury was considered a two month window before the former Real Madrid man was expected to return, but the Dutchman is now possibly finished this year due to the lack of a quick recovery.

And it is a shame considering the fact that Robben earned MVP honors for the Bundesliga last year and also led his club to the Champions League final. In fact few footballers enjoyed the success that Robben did last season and the Dutchman was clutch for both his league side and national team throughout the calendar year.

But this season the Bayern Munich star will most likely have to watch the action from the sidelines.