Argentina Will Welcome Back Inter Stars 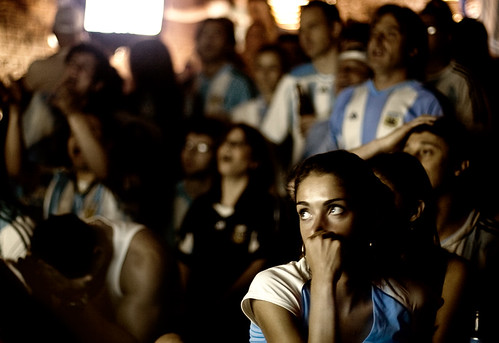 Argentina national team coach Sergio Batista appears to be choosing a more logical route then his legendary predecessor Diego Maradona did this recent World Cup. It appears that Batista doesn’t consider age to be a problem either. The interim head coach recently announced that he plans on using Inter Milan duo Javier Zanetti and Esteban Cambiasso for future matches and this should be considered wonderful news if you are a fan of the powerhouse nation’s football team.

After all Zanetti and Cambiasso were vital members of the Serie A side that won the treble last season and both defensive minded players could certainly boost a defense that succumbed to a 4-0 defeat to Germany in the knockout stages of the event. Maradona’s overlooking of the two players was illogical and one of the many strange managerial tactics performed by the Hand of God man.

And if you are in Batista’s position, where every match as coach could in fact be your last, you might as well try to win now and worry about next World Cup a little bit later down the road. Zanetti and Cambiasso are two of the best players from Argentina and both men focus on an area where the club could use significant improvement. So far as head coach Batista has impressed with some of these types of moves and it was recently rumored that the new coach also is considering welcoming back Riquelme as well.

Apparently Maradona and Riquelme are not fans of one another and the attacking midfielder was overlooked this recent World Cup because of this. But Batista seems to be making friends very fast with many excellent spurned Argentine footballers.