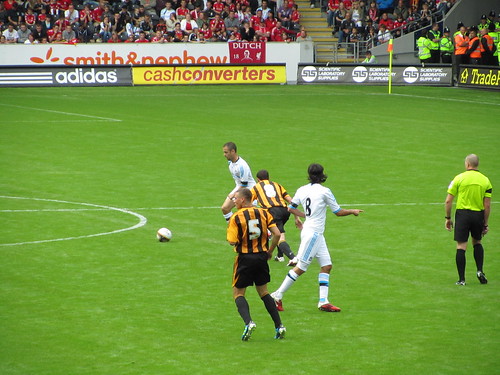 Ac Milan midfielder, Alberto Aquilani who have been facing some problem in the new year as he has been spending much time on the infirmary room reportedly is finally heading close for a return.

The positive news arrives from the player’s agent, Franco Zavaglia, who is confident that the player would return to action again at the very least on two weeks time, which obviously a good news for the Rossoneri.

“His recovery is going well. I think he could be back in action in around two weeks,” Zavaglia revealed.

This good news gives lots of confidence for Zavaglia that his client’s future will simply remain with the Red and Black squad since according to the contract, Aquilani only needs five more matches to be official bought by Milan. Up to now, the Italian international have been involved in around 20 games for the Scudetto winner and has actually taken a first team role just before the unfortunate event happened in the training ground.

“As soon as he makes 25 appearances for Milan this season, he will automatically become one of their players outright,”

Aquilani’s recovery has actually showing positive sign in mid February but the midfielder apparently still feeling pain while being test in a training match with Milan’s youth team. The medical team eventually decided to let the ex-Juventus man rest again for several days before the latest report from Milanello confirmed that this Thursday, he has started training again, much to the delight of the Italian champion, who could really uses him on the pitch.

Milan picked up Aquilani on loan from Liverpool this season with a obligation to buy clause which will be active once the midfielder reach 25 appearances with the Rossoneri. The promising situation triggered the Italian international decision in choosing the Red and Black squad despite having other offers from Fiorentina and also Juventus, who couldn’t provide better insurance compared to Milan.