Another Crack in Real Madrid's Foundation? 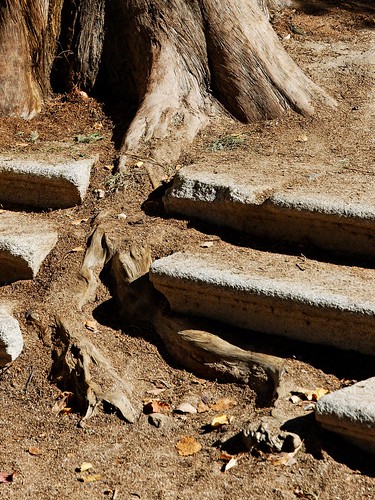 Roots of discontent are growing in Madrid…

As Barca rolled over Sevilla 4-0 (something I wasn’t expecting — I mean, I thought Barca could beat Sevilla, but not 4-0) Real Madrid lost 1-0 to Bilbao for no apparent reason.  For the first time we’re seeing the word “frustrated” associated with Real Madrid and now we’re all left to wonder if Real Madrid is pushing the panic button too early.

In their match with Bilbao Real notched 4 yellow cards to match Bilbao’s 4 (and Bilbao’s one read card.)  Is it really characteristic of a team that holds second place in the league to be skirmishing with an inferior club for no reason?  There’s something very interesting about 8 yellow cards occurring in one match because no one ever expected that (I know I didn’t.)

Wouldn’t it make more sense for Real Madrid to take their frustrations out on their opponents with goal-scoring?  I know that they HAVE the firepower, but much of it seems to be wasted.  Cristiano Ronaldo had a 1-on-1 with the Bilbao goaltender only to shoot straight at the goalie.  For someone who is known for impeccable finesse, Ronaldo sure took a finesse-less shot when he had the best opportunity to score for the Madrid side.

Then, I see that Guti came in for Marcelo in the 61st minute.  Is Manuel Pellgrini handing out playing time to disgruntled players now?  Listen, if Guti wants to leave then he wants to leave.  He’s been hurt and if Manuel feels that he won’t help the team then he shouldn’t be put in.  It’s a mere side-note to a pretty bad loss, but I don’t see what in the world would make you bend to the will of one player.

I said the other day that Guti and Pellegrini had had some run-ins, but why would you then reward that if you are the Manager in that situation?  Unless…you know the player is right and you’re trying to rectify the situation.

Somewhere in this match Crack #1 (Guti wanting to leave for Inter) and Crack #2 (a bad loss) intersected.  Now I know that Guti didn’t give up the only goal of the match, but what happens next time when he comes in for no reason?  Will that be Crack #3?  Barca’s position gets more and more secure everyday as Real Madrid searches for its identity.