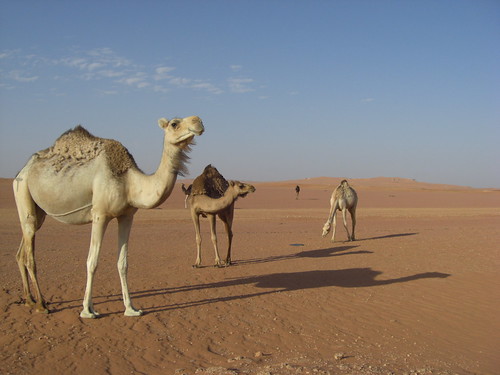 Algeria has only made it to two Cups in their existence and the squad has never made it to the second round of the event.  In the 1982 Cup the team was completely screwed by the Austrians and West Germans in the final match of group play.  The two European sides played intentionally unaggressive football after the Germans took the lead and as a result both sides advanced to the next round of the event and Algeria was left out in the cold.  The one good thing that came from the experience was that FIFA made a rule that the final match had to be played at the same time to attempt to avoid this type of thing from happening in the future.  The 2010 World Cup will be Algeria’s first since 1986.

Algeria had a less then wonderful WCQ this year, but the club did go a perfect 6-0-0 at home.  On the road the club was not as successful finishing with a record of 1-2-3.  The squad finished right on that bubble for a bid to the Cup this summer and had to face Egypt in a one match battle for a Cup berth.  The club won that critical match over the highest ranked African club and will be enjoying their first trip to the Cup of the new millennium.

Algeria’s line for winning the World Cup is around 500 to 1 on most sites making them the trendiest pick of 2010 for people that are desperately in need of money.  In fact I read somewhere that Premier League side Portsmouth hopes to relieve their debt problem by putting 5 dollars down on the club this summer.  But seriously having odds that silly means that your team has relatively no chance at going anywhere in the event.  Algeria never has made it to the second round and the club is 24 years removed from their last Cup experience.  They were granted a decent draw, but give me a break.  Algeria will be knocked out of the Cup very early.