Alfredo di Stefano is not only a legendary former footballer of Real Madrid, but he may be the most famous European Cup player in it’s history.

In fact in 1955, when the Cup debuted, Di Stefano led Los Blancos to the first ever title and five straight European Cups titles over the first five tournaments. Not to mention Di Stefano won eight Primera Division titles in his career and was honored with the Golden Boot award five different times.

And recently the legend was forced to stay at Sanitas La Moraleja Hospital due to what the hospital’s medical staff would diagnose as ”a cardiorespiratory deficiency.”  And following a week and a half at the hospital it is now being reported that Di Stefano, 84 years old, is doing just fine and has been allowed to leave the facility and has even joined his family on vacation. 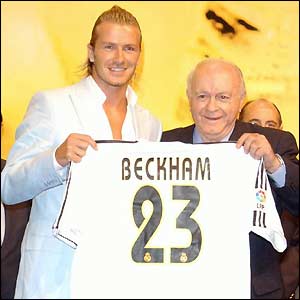 Di Stefano scored over 200 goals during his career for Real Madrid and the man was named honorary president of the organization in 2003.  In fact in all of the famous los galicticos signings, Di Stefano is the old geezer holding the jersey with the player.  So in other words the man is kind of the old school living legend of the La Liga giants and is kind of the mascot of the squad much like Don  Zimmer used to be for the New York Yankees.

Of course Di Stefano never bull rushed Pedro Martinez and was tossed to the ground like a rag doll, so that is probably considered one plus on his career compared to that of Zimmer’s. 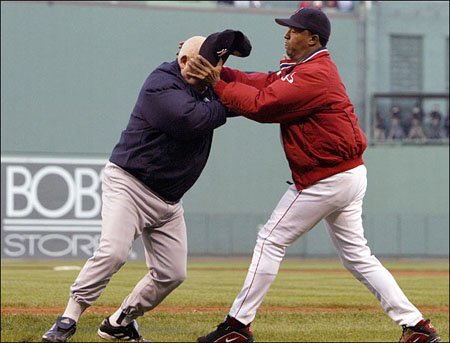