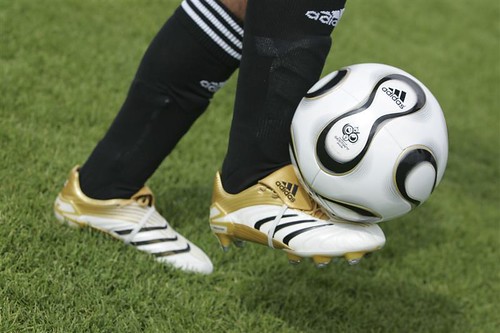 Major League Soccer and Adidas have partnered up for eight more seasons and the shoe company will remain the league’s official sponsor until 2018. The new deals financial terms has yet to be released, but an inside source reportedly claimed that the total value of the deal is worth well over $200 million dollars. Adidas has yet to confirm this estimation as accurate though.

The new sponsorship deal will replace the company’s current 10 year $100 million dollar deal with the soccer league and several league officials have stressed the sponsorships focus on continuing to strengthen the growing league and the invested interest in youth development leagues here in the States.

Adidas America president Patrik Nilsson made the following statement about the new deal:

Both of us are feeling really good about the partnership we have had since the start of the MLS and the first deal that we did. … We both felt this was the time to talk this deal out for a longer time frame and for spending the money on the youth development of the game in the U.S.

And with the American league becoming more and more popular over the last few years and the added interest in the league from European football fans as well as iconic World Cup footballers, the MLS and Adidas hope to continue their partnership not only for the next eight years, but possibly forever.

MLS commissioner Don Garber made the following statement about the longtime partnership and suggested that the MLS is the cornerstone to the popular shoe company’s North American market:

That’s a great statement about the league that this company, very well respected football soccer company that has a very distinct and clear vision for the sport in North America and sees MLS as the cornerstone for that vision. That’s an important thing for us.