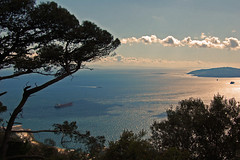 Slovenia is nestled in the Alps near the Mediterranean Sea. If you have ever taken a dip in that body of water, you know the water is not exactly clear. You know it is actually somewhat dark with an odd smell. If you have ever been to Gilbraltar, you know it is downright smelly. It is not a relatively clean body of water, like for instance, the Gulf of Mexico until a couple months ago. Now though, I bet the Med smells like roses compare to the Gulf. C’est la vie.

Sometimes things change for the worse. Sometimes they change for the better too though. Slovenia’s team used to suck at soccer, yet they have recently had a resurgence that has taken them all the way to the grand stage at the 2010 World Cup in South Africa. The country has been around in one form or another since the 7th Century, and it has endured a period of brutal communist rule. Yet, it has rebounded and produced a solid, civilized government.

It has also generated a bunch of gents who can play the beautiful game. Take for example their Cap, Koren (MF) whose touch on the ball is rumored to rival Kaka’s. They also have strong superstars in Handanovic (GK), Novakovic (FW) and Cesar (DF). Finally, one must mull over their manager, Kek, who has coached the team to their second World Cup, where they are hoping to get by the First Round for the first time. He has this team primed to succeed in South Africa.

In their first game against Algeria, Slovenia played a very clean match defensively and a late goal from Koren gifted them with 3 points. Thus, they are now the group leader and a team the Yanks must defeat as England will almost certainly assault Algeria later that afternoon. In order to beat Slovenia, the Yanks will need to play very well on defense and muster up an attack that was absent against England. We will need to be at our best to say the least.

I think we will show up for this one and prevail 1-0.