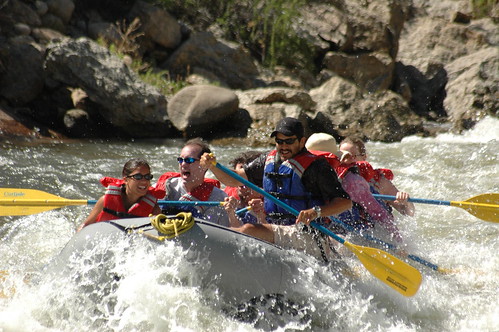 The Side: The Rapids are one of my favorite teams for some reason that is completely unknown to me. I have some family in Denver, but I have never enoyed a game at the Dick and share no sentiment towards the Mile High City generally. In fact, I don’t like the Broncos, so it can’t be the squad’s headquarters. I think it is because the team has been a perpetual lovable loser, a team with character that always seems to fall flat. It’s that or that I just love the Dick.

The Pride: OK, that came out wrong. Um, so did that. Anyways, several men on the Rapids’ roster will likely contribute to their run towards a (hopefully) remarkable season in 2010. I must begin with their Captain, Pablo Mastroeni. He’s still one of the best in the league when it comes to crushing opponent’s hopes of scoring (and legs). Drew Moor and Nick LaBrocca are dandy defensive players too, and Cummings & Casey are a very dangerous duo on top.

The Guide: The Rapids have made it to one MLS Cup Final and one US Open Cup Final, and they lost both. Will 2010 finally be the year they hoist some hardware. I really want to say “heavens yes”, but my gut is telling me “hell no.” So, I will put their odds of hoisting any hardware in 2010 at 50:1. Yeah, maybe the reason I like the Dick is because I am one. Mystery solved. Now I can go back to trying to solve that other enigma that has always eluded me, what happened to Christian Gomez when he was with Colorado? My bet is he was probably acting like a dick as well.