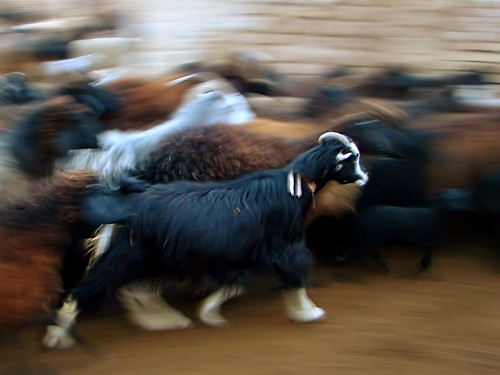 The Side: The Goats had a decent 2009, but they once again failed to collect any hardware. Plus, they lost Preki to the cursed Reds, so 2010 isn’t exactly looking like the year they will finally break through. Sure, they still have the silky smooth playmaker known as Sacha Kljestan (who probably leads the league when it comes to having his named misspelled), but I just don’t think they will make a run this year. Martin Vasquez really has his work cut out for him.

The Pride: In addition to the aforementioned Special K, the Goats have several other ingredients that could make up a complete breakfast. For example, they have Zach Thornton in goal, who was simply brilliant last year between the posts. They have a slew of MLS vets including two Antes (Jazic and Razov), Claudio Suarez and the other Sasha (Mr. Victorine). They have some exciting new additions too and their offense has to be better than it was last year.

The Guide: In their defense, the Goats had more injuries than just about any other team last year. While they played fantastic defense, they just couldn’t find the net. I just don’t think things will get any easier for them. I hate to say this, because I like the organization (and dislike their neighbors, the Gals) and I love me some Bornstein (most underrated American player right now, period), but I have no confidence in the Goats this year. I put the odds of them hoisting any hardware at 32:1.