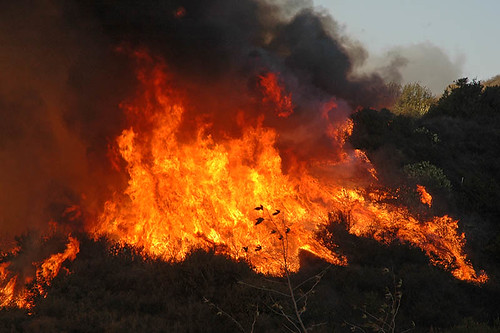 The Side: The Chicago Fire have a lot to live up to since they share a sports city with legendary teams like the Blackhawks, Bulls, White Sox, Cubbies, and da’ Bears. All of those teams have treasure troves of history and lore, but some don’t have many trophies (Wrigley has been the site of more crushed dreams than Poison’s tour bus). The Fire have trophies already, sure, but the team has been so close to winning so many more. Can they finally best the rest?

The Pride: The Fire’s finest fans will be treated to spectacular performances in 2010 by Chicago’s stellar squad. Brian McBride can still produce goals. Marco Pappa, Justin Mapp and Logan Pause play some excellent soccer. Jon Busch was very good between the posts last year and the defense is notoriously stingy. This team has many great veterans and several stars of the future like Patrick Nyarko. They’re stacked. But can they finally get over the hump?

The Guide: Chicago’s hardcore supporters call themselves Section 8, and you do not want to mess with them. They understand that they come from the toughest sports city in the world (the Den of Ditka), and they are known for letting the owners know when they are unhappy with the direction the team is taking. Right now, Section 8 has no reason to panic and turn into District 9. They have the pieces to solve the puzzle, they just need to put them all together.