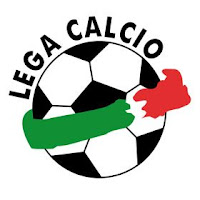 Unfortunately, it has come to that sad time of year when the Serie A season has been finished. I’m sorry, but it’s true. The games have all been played, the stadiums have been vacated, the fans have all gone home, players have cleaned out their lockers, and I am out of sappy sports cliches. So, the question now is what will happen in 2010?

Over the next month, we here at SATO will be doing a team-by-team analysis and examining many of the highlights (and lowlights) of the 2009 season. We will begin with the worst teams who have been relegated and we will methodically build our way up to the best teams in the league until we reach the deserving champion.

We will see what the future holds for each squad, and we will also take a look at the top teams in Serie B who have been promoted into the “big show”. Moreover, we will introduce you to each team’s “top performers”, gentlemen who either helped their squad succeed or simply could not do enough to keep their side afloat in Serie A.

Sure, the season’s over, but cheer up Calcio fans! With transfer intrigue abounding, the Serie A season never really ends. In fact, it is a year round event. I think this is one of the most fun times of the year, even though no games are played. It’s a time to reminisce about the season and consider what teams can do to improve in 2010.

In other words, it’s a scary time for soccer fans, but a time to be cherished. So, sit back, relax, and enjoy SATO’s 2009 Serie A Season Review.