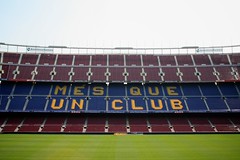 Spanish newspaper Ole is reporting that Javier Mascherano is joining Barcelona for £12 million. Aleksander Hleb, formerly of Arsenal, is also included as part of the deal. Hleb is valued at approximately £9 million, bringing the total value of the deal to £21 million. Not only are the figures a little doubtful but it is uncertain if Liverpool would even be willing to consider losing out on £9 million, in their current financial state, for the sake of a player, Hleb, who failed to make any impression at all at the Nou Camp with Barcelona. Aleksander Hleb was so ineffective that after just 12 months at Barcelona he was sent out on loan to Stuttgart in the Bundesliga.

What is clear is that Javier Mascherano and his advisor’s are pushing very hard for a transfer to Barcelona. The diminutive tough tackling Argentinian again publicly declared his wish to leave Anfield this week stressing that it was ”not the club, but the country”. As true as it may be that Javier Mascherano has a problem with life in England Liverpool are hardly able to act as his benevolent guardian. The player has a contract with the club from Merseyside and a considerable transfer value. In purely business terms, Javier Mascherano is considered a liquid asset. For all the bad finance surrounding Liverpool and its owners the club would be foolish to write off £9 million for the sake of Javier Mascherano’s wishes. It should also be considered that if Yaya Toure was sold for £25 million then, by comparison, Javier Mascherano ought to be worth the same, if not more. Inevitably the price was inflated, courtesy of Manchester City’s involvement in the deal, but Javier Mascherano is by no means a lesser player than the man from the Ivory Coast.

If the rumours are true, and they are making headline news in the Catalan district of Spain, that Mascherano is set for Barcelona in this deal involving Aleksander Hleb then only one club should be happy with the deal. Barcelona apparently want to remove Aleksander Hleb, an unwanted player, from their books and wage bill yet need to find a replacement for Yaya Toure. This deal would represent a dream transaction for them. Liverpool fans, awaiting the board’s decision concerning a couple of takeover bids, will surely recognise the fact that this deal does not favour them. As it stands the deal appears a little too unlikely to be true, regardless of what the Spanish press are insisting.